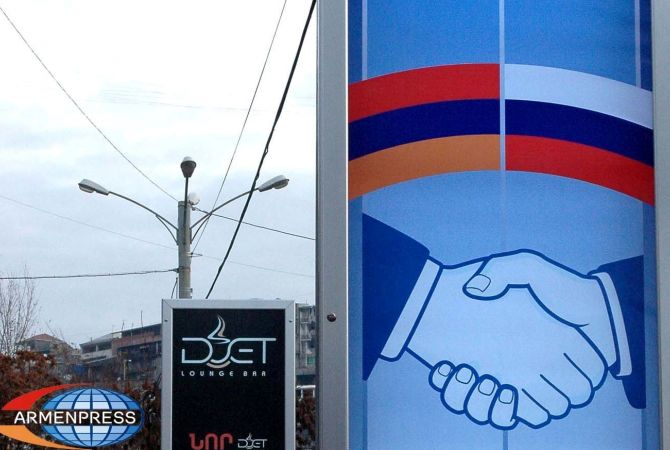 
YEREVAN, NOVEMBER 30, ARMENPRESS. Defense Minister of Armenia Vigen Sargsyan and his Russian counterpart, General of the Army Sergei Shoigu signed the agreement on joint troops of the two countries on November 30, reports TASS.

Earlier on November 14, Russia’s President Vladimir Putin approved and instructed to sign the draft agreement on the joint troops of the two countries in the collective security Caucasian region with Armenia.

As Armenia’s Defense Minister said, the troops will include the 102nd Russian military base deployed in Armenia and Armenia’s armed forces units.

13:12, 05.10.2022
2499 views Armenia’s proposals handed over to Azerbaijan in Brussels include also status, security of Artsakh – Ambassador-at-large