Vigen Sargsyan elected Chairman of Board of Servicemen Insurance Fund 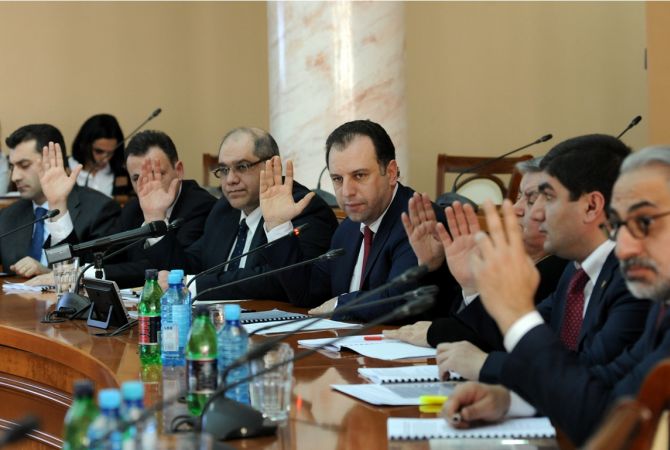 
YEREVAN, MARCH 2, ARMENPRESS. The first Board of Trustees session of the “Servicemen insurance” Fund which was created in accordance to the law on “Compensation for wounded or fallen servicemen during defense of Armenia” was held in the defense ministry.

Defense Minister of Armenia Vigen Sargsyan was elected Chairman of the Board, while Varuzhan Avetikyan – head of the legal department of the Central Bank was elected director of the foundation.

The foundation consists of 9 people, three of whom are elected by the Government, three by the Central Bank, and the other three by NGOs, who are engaged in protecting servicemen.

Vigen Sargsyan said there is one vacant position in the Board, which will be filled by a representative of the opposition. “Having discussed the issue with the opposition, we found it appropriate to leave it after the parliamentary election”, he said.

Varuzhan Avetikyan presented the 2017 budget. 1 billion 731 million AMD in expenditures are planned for this year, which was approved by the Board.

21:03, 11.23.2021
Viewed 1354 times Pashinyan speaks about chances for a new war and the direct contact between Defense Ministers of Armenia, Azerbaijan