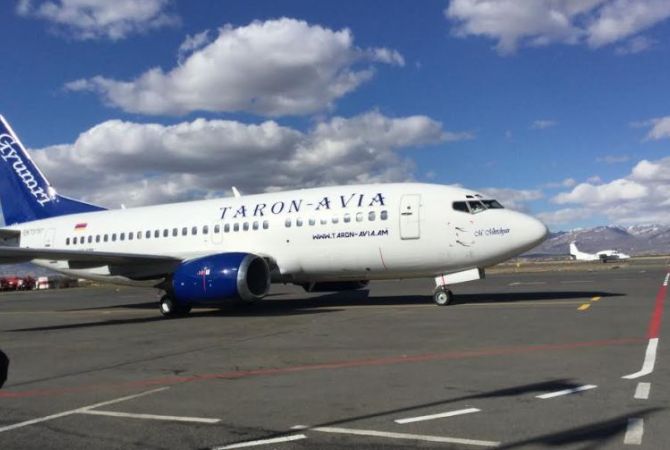 The airline’s first flight (Gyumri-Krasnodar-Gyumri) will take place on April 25. The airplane will be named after prominent actor from Gyumri Mher Mkrtchyan, “Armenpress” reports director of Taron-Avia Garnik Papikyan told the reporters, adding that it’s a unique way to make Gyumri more known.

The owner of the airlines also noted that after years of business activities abroad he has returned to his city trusting the Armenian Government and particularly the promises of Premier Karen Karapetyan. Initially, the airline will conduct flights in 3 directions – Rostov, Samara and Krasnodar. A bit later Taron-Avia will conduct flights also to a number of European cities.

The tariffs of Taron-Avia will be cheaper than the same flights from Yerevan’s Zvartnots airport. The lowest possible price is already determined – the tickets prices will start from 10 thousand AMD. The ticket sale has already started with an online option.