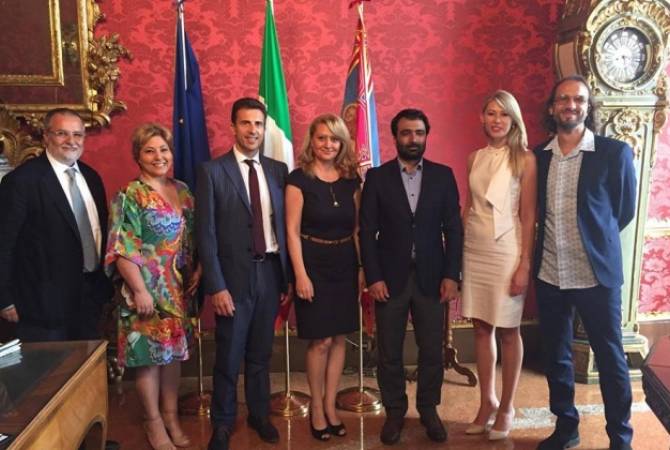 
YEREVAN, SEPTEMBER 15, ARMENPRESS/ARTSAKHPRESS. The screening of The Last Inhabitant by Artsakhi director Jivan Avetisyan at the Venice Film Festival created a massive hysteria in Azerbaijan.

In addition to various media publications, Azeri lawmaker Ganira Pashayeva expressed both anger and desperation in an interview to a local TV, and said: “We can stop this process only through making more films about this subject and screening them, however even if this doesn’t happen a chance will be created to tell about the truth and it will be heard”.

The director of the movie personally treats the Azerbaijani hysteria calmly.

In an interview to ARTSAKHPRESS, Avetisyan said the hysteria was expected and it can’t anyhow disturb his work.

“I have chosen my way of struggling to show and prove the real truth to the world”, he said. “Moreover,  I am now working on my next project, The Gate of Paradise, which will show the Azerbaijani-Karabakhi conflict from another perspective, as well as its impact on human fates.