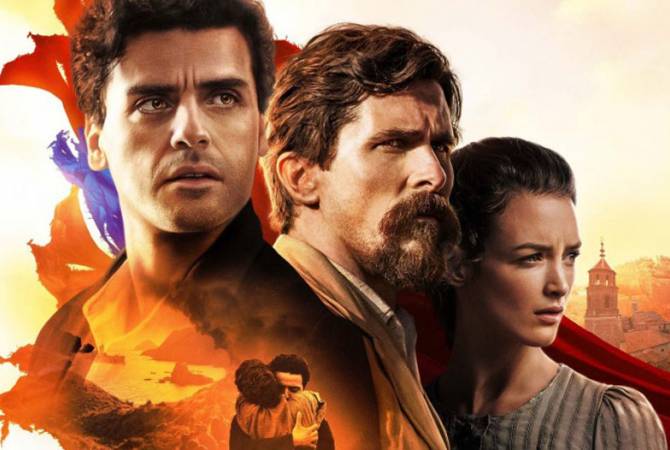 
YEREVAN, OCTOBER 3, ARMENPRESS.  Armenian Genocide-themed film “The Promise” will be shown at French cinemas with French translations starting from November 29. ARMENPRESS reports the film was shown at Le Navire cinema of Valance in the sidelines of Deauville Film Festival on September 29.

The film was sponsored by late American-Armenian businessman, billionaire Kirk Kirkorian, which became known on the day of his demise. The director of the film is Oscar-winning Terry George.

Michael, a humble Armenian apothecary, leaves his village to study medicine in cosmopolitan Constantinople. Chris, an American photojournalist who has come to the country to partly cover the geopolitics, is in a relationship with the talented Ana, a Paris-educated, Armenian artist. When Michael meets Ana, their shared heritage sparks an attraction that explodes into a romantic rivalry between the two men. After the Turks join the war on the German side, the Ottoman Empire turns violently against its own ethnic minorities. Despite their conflicts, everyone must find a way to survive — even as monumental events envelope their lives.