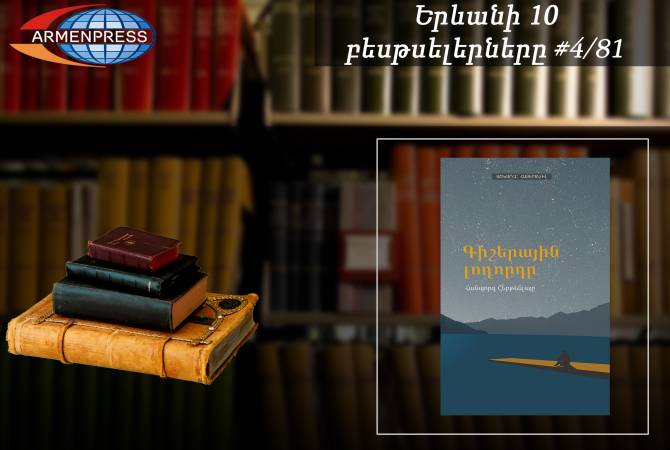 Mark Aren’s ‘Where Wild Roses Bloom’ is this week’s bestselling book of Yerevan.

The story describes the inner world of an Armenophobic Turkish former serviceman, when he, already an old man, suddenly hears a lullaby song that reminds him of his mother and later finds out that the song is in Armenian: realizing his parents were Armenians. He spends his remaining life searching the graves of his parents, without knowing that it was a misunderstanding.

Davit Samvelyan’s ‘Winter of Rodin’ is the 3rd in the bestselling list. It includes short stories and essays.

‘Collected Stories of Guy de Maupassant’ is ranked 5th in the list. It includes the author’s best works. Guy de Maupassant is an author of numerous stories, novels depicting France’s daily life. His numerous works have been translated and published in Armenian.

Oscar Wilde’s ‘The Picture of Dorian Gray’ comes next in the bestselling list of the week.  Dorian Gray is the subject of a full-length portrait in oil by Basil Hallward, an artist who is impressed and infatuated by Dorian's beauty; he believes that Dorian's beauty is responsible for the new mode in his art as a painter. Through Basil, Dorian meets Lord Henry Wotton, and he soon is enthralled by the aristocrat's hedonistic worldview: that beauty and sensual fulfillment are the only things worth pursuing in life.

Stefan Zweig’s ‘Collected Stories’ is ranked 8th. Zweig was an Austrian novelist, playwright, journalist and biographer. At the height of his literary career, in the 1920s and 1930s, he was one of the most popular writers in the world. The book was translated by Ara Arakelyan and Margarit Arakelyan.

‘Fahrenheit 451’ by Ray Bradbury is 9th. Fahrenheit 451 is a dystopian novel published in 1953. It is regarded as one of his best works. The novel presents a future American society where books are outlawed and "firemen" burn any that are found. The title refers to the temperature that Bradbury understood to be the autoignition point of paper.

Milan Kundera’s ‘The Unbearable Lightness of Being’ returns to the list and is ranked 10th. It was published in 1984. The book chronicles the fragile nature of an individual's fate, theorizing that a single lifetime is insignificant in the scope of Nietzsche's concept of eternal return. In an infinite universe, everything is guaranteed to recur infinitely. In 1988, American director Philip Kaufman released a film adaptation.