Israel should have recognized Armenian Genocide long ago: Yesh Atid party is going to submit new bill to parliament 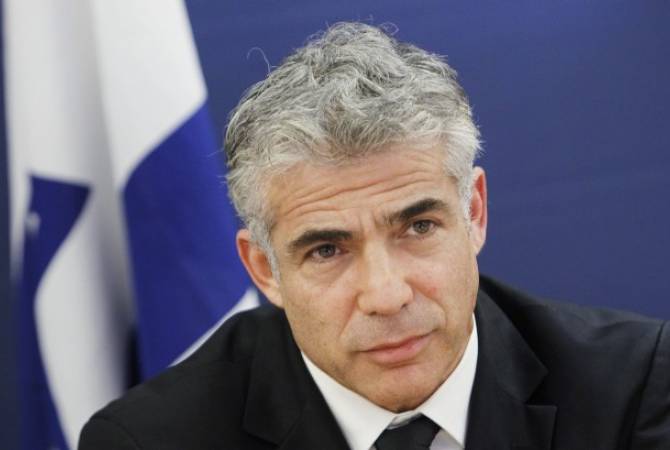 
YEREVAN, DECEMBER 19, ARMENPRESS. Yesh Atid opposition party in Israel is going to submit a bill to the Knesset (Parliament of Israel) which supposes official recognition of the Armenian Genocide. Leader of the party Yair Lapid is convinced that Israel should have recognized this historical fact long ago.

He gave an interview to ARMENPRESS talking about the Armenian Genocide recognition bill, as well as the recent Turkish-Israeli tense relations.

-Mr. Lapid, you have recently announced that your Yesh Atid party is going to submit an Armenian Genocide recognition bill to the Knesset. At what stage are the preparation works of the bill and when do you plan to submit it to the parliament?

-The bill is written and we are in the process of gathering signatures to support the bill from across the Knesset. We would like for the bill to have the support of as many Knesset Members as possible and believe we will be able to move forward with it very soon.

-Why does Israel, which suffered the Holocaust, avoid recognizing the Armenian Genocide?

-Many Israeli leaders have personally expressed their recognition of the Armenian Genocide which is a historical fact and recently the Knesset Education Committee announced its recognition of the genocide as well. Previous Israeli governments have avoided officially recognizing the Armenian Genocide as a result of misguided strategic calculations. It is something we should have done long ago because above all it is morally the right thing to do. With the aggressive behavior of President Erdogan, now there are no more excuses for anyone to avoid doing the right thing.

-After the Mavi Marmara crisis the Turkish-Israeli relations again entered a deadlock over the status of Jerusalem. Turkish President Recep Tayyip Erdogan made sharp statements addressed to Israel. How do you assess official Ankara’s such statements?

-President Erdogan has decided to use Israel to build up support in the Islamic world, he is engaging in incitement against Israel and is actively involved in formenting trouble in the region. He has played an active part in cementing Iran’s position in Syria which constitutes a direct threat to our security. Israel needs to stand strong opposite President Erdogan and make clear that we are not intimidated by his rhetoric and threats. We will do what is right for us and that includes recognizing the historical fact of the Armenian Genocide, increasing our support for the rightful Kurdish campaign for independence and cancelling the misguided idea of a gas pipeline to Turkey.

21:03, 11.23.2021
Viewed 1358 times Pashinyan speaks about chances for a new war and the direct contact between Defense Ministers of Armenia, Azerbaijan