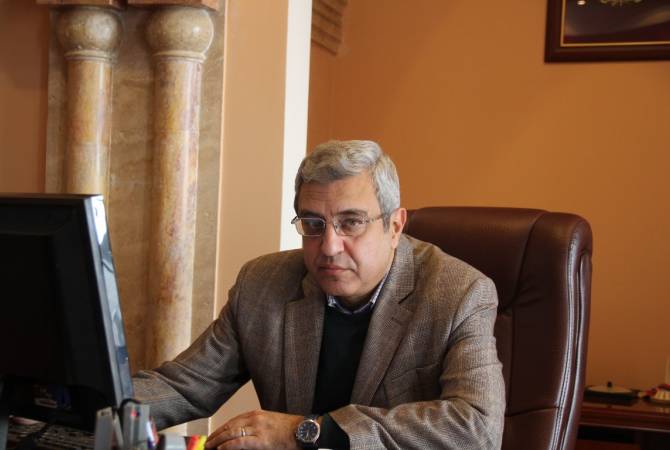 “We usually summarize the results of research activity in the form of monographs, collections, articles, as well as reports of our researchers at different scientific conferences. In this sense the year of 2017 exceeds the results of the previous years. In terms of the number of scientific articles this year the number exceeds that of 2015 by three times. If 50 articles were published in 2015, this year more than 150 articles, ad nearly 90 articles were published in 2016. These articles have different emphasis – philology, historiography, art criticism and etc”, Vahan Ter-Ghevondyan said.

This year the exhibition halls of Matenadaran were upgraded and new exhibits were displayed.

An exhibition was organized in Amsterdam dedicated to the 350th anniversary of the Armenian publication of the Bible. Ancient, valuable books were presented.

Another exhibition was also held in Matenadaran dedicated to the 300th anniversary of the Mekhitaristic Congregation in Venice.

The collection of Matenadaran’s manuscripts exceeds 20.000 most of which are donations. 17.000 of them are in Armenian, the rest is in Arabic, Persian, Greek and etc.

Among the current activities the acting director highlighted the process of creating the main list of Armenian manuscripts. The 9th volume has already been printed. He added that the works will continue on this path in the future.