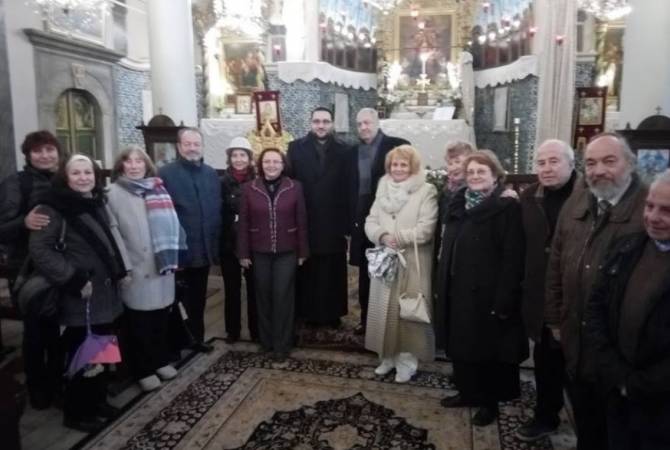 
YEREVAN, JANUARY 19, ARMENPRESS. Edward Militonyan, President of the Union of Writers of Armenia, participated January 12-16 in the events dedicated to the 140th anniversary of birth of renowned Bulgarian poet Peyo Yavorov. The commemorative events were held in Bulgaria.

Mr. Militonyan told ARMENPRESS that he was offered to write the preamble of the new book titled I am Not Living, I Burn, dedicated to Peyo Yavorov. “Naturally, one of the best poems of Yavorov – Armenians – was not ignored in the book”, he said.

According to Militonyan, the jubilee of the writer also relates to the Armenian people, and during the event it was mentioned that Yerevan, the Armenian capital, has a street and a school named after the Bulgarian poet.

The event was held in the Bulgarian Culture Center in Sofia, where Armenian Ambassador H.E. Armen Sargsyan delivered remarks.

Many other events were held throughout the country, with the country’s vice president Iliyana Tsotova delivering a speech during one event in Chirpan.