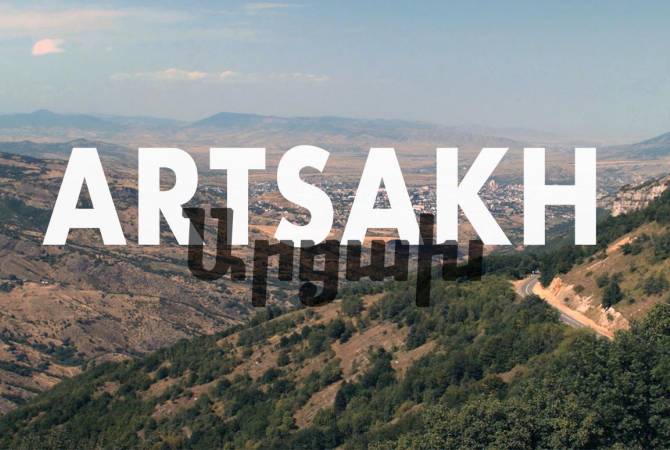 
YEREVAN, FEBRUARY 20, ARMENPRESS. French-Armenian filmmaker Arnaud Khayadjanian , whose Stony Paths film was named as the best documentary in the Armenian Panorama competition of the 13th Gold Apricot International Film Festival, is going to shoot a movie about Artsakh.

In an interview to ARMENPRESS, Arnaud Khayadjanian said he hopes to present the film to the public until the end of 2019.

“ARTSAKH” is a feature film about love, war and freedom. At the moment I’m looking for funding in Armenia and France. Last year, I had the honor to make a documentary about people of Artsakh. I was so fascinated by the bravery and the cheerfulness of people. Despite their unstable situation and the trauma of the past they  are standing proudly. I was also very impressed by the dynamism and modern mind of people from all generations. For all these reasons I’ve decided to make this new film called “ARTSAKH”, he said.

The film will tell about the stories of several characters, and by this choice, the filmmaker says he can talk about several topics solidarity, humanism, patriotism, friendship, mourning and cultural heritage.

“ARTSAKH” is a universal movie about a unique country. About the casting I want to reunite famous Armenian actors with non-professional people from Artsakh. Hopefully I will finish the movie by the end of 2019. I want to broadcast “ARTSAKH” in International Cinemas, Festivals and TV Channels. As an French-Armenian filmmaker, it’s my duty to show ARTSAKH country to the international audience”, he said.

Arnaud Khayadjanian was born in 1987 in Valence, France. He is a graduate of cinema from Sorbonne University in Paris. He is interested in fiction, documentary and music video projects while themes of identity, landscape and memory are the heart of his work. In 2014, Arnaud Khayadjanian adapted a French play by Laura Desprein into a short film entitled “BAD GIRL” which has been viewed 1.3 million times by streaming. “BAD GIRL” has been selected in 23 international festivals including Oscar Qualifying UPPSALA and it won both Vimeo Prize and Jury Prize in Sundance Channel Contest. In September 2015, Arnaud Khayadjanian has released “STONY PATHS”, a documentary inspired by the story of his Armenian great-grandparents. The film was honored by the French critics and was selected in 24 international festivals. “STONY PATHS” received the Jury Prize from Ismailia Festival in Egypt, the Best Documentary Prize in Yerevan Film Festival, and it was broadcasted on Armenian Shant TV. Last summer, Arnaud Khayadjanian has directed his second documentary “WE ARE OUR MOUNTAINS” produced bay Stanoz Films about the unknown and extraordinary people of Artsakh. In September 2017, Arnaud Khayadjanian’s new short film “DEAF HEARTS”, produced by Envie de Tempête is broadcasting on TV channel ARTE. Currently, he is developing “NO MORE HEROES” a short film produced by Good Fortune about French “greasers” written with Maïté Sonnet. Arnaud Khayadjanian is also preparing his first feature “A FINAL BURST”.