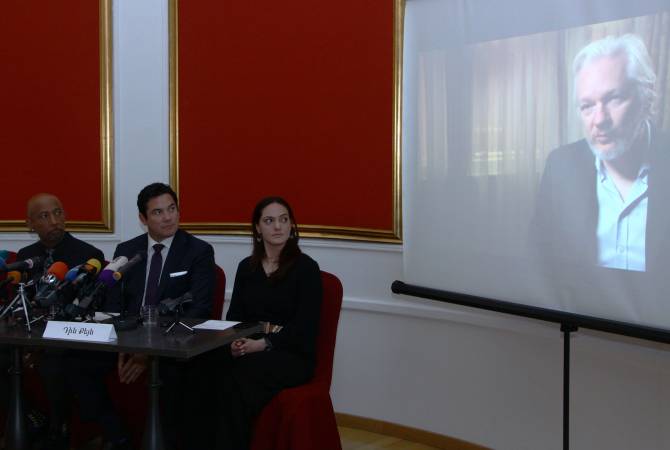 
YEREVAN, MARCH 5, ARMENPRESS. “Architects of Denial” documentary film is based on the research of historians and the stories of survivors. It condemns the Armenian Genocide and the ethnic cleansings taking place in different parts of the world today. Executive Producers actor, broadcaster Dean Cain and military historian, Emmy Award-winning Montel Williams talked with reporters about the film on March 5.

“Montel is a good friend of mine, but we often have disagreements over political issues. Despite our disagreements there is one issue over which we have a consensus. It’s about that genocide is a wrong thing, it should be named “genocide” and should be recognized. This is the reason why we decided to tell the world about the Armenian Genocide”, ARMENPRESS reports Dean Cain saying.

According to Montel Williams, when Dean Cain told him about the project he was surprised to hear about the Armenian Genocide. “At that moment I started to think that if I have been a servicemen for 22 years, I consider myself to be a military historian, I refer to numerous issues during my TV shows and I am unaware of the Armenian Genocide, it means that many are unaware. I realized that it’s necessary to tell people, discover that reality for them, since not being recognized the Armenian Genocide can lead to other genocides. It’s enough. This issue should be raised and a solution should be found to it”, Williams said.

The Executive Producers that people who will watch the film will understand that unless the genocide is recognized it will go on.

They emphasized that based on their conversations with ordinary Americans and Turks, as well as a number of U.S. politicians, they have come to the conclusion that they accept the fact of the Armenian Genocide and they do not deny it, but it’s not within the interests of the government to recognize it.

The film may be nominated for Emmy.