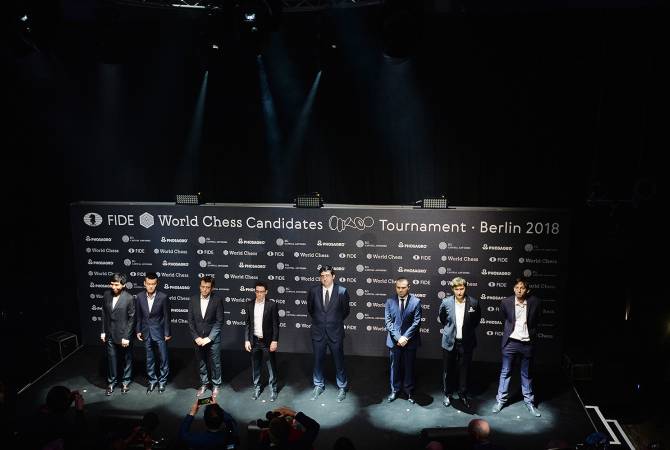 President of Armenia Serzh Sargsyan departed to Berlin on March 9 to attend the grand opening of the event, and as the honorary guest the president will make the first symbolic move of the tournament on March 10.

Alexander Grishchuk will compete with Vladimir Kramnik, Shahriyar Mamedyarov will play versus Sergey Karjakin and Fabiano Caruana will face Wesley So.

The Candidates Tournament 2018 is an eight-player double round-robin chess tournament, held in Berlin, Germany, from 10–28 March 2018. The winner earns the right to challenge the defending world champion, Magnus Carlsen of Norway, in the World Chess Championship 2018 in London.