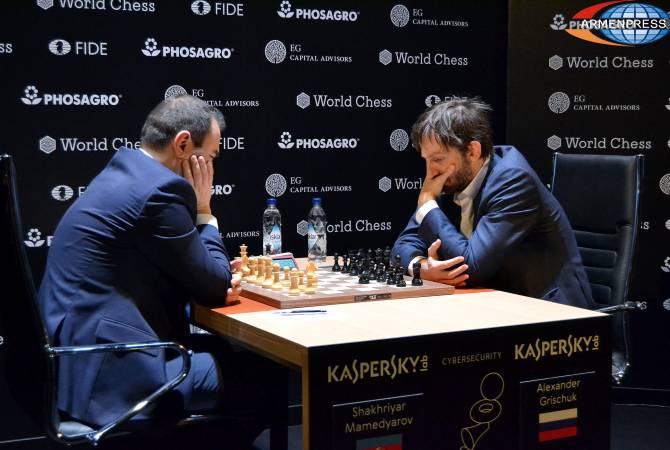 
YEREVAN, MARCH 28, ARMENPRESS. After the World Chess Candidates Tournament ended, Azerbaijani chess player Shakhriyar Mamedyarov has complained that some Azerbaijani chess fans have cheered for Armenia’s Levon Aronian, instead of him.

“I am not complaining, but hear me out. Although I had little time I have heard you out. Although I am Azerbaijani, I saw support from many of you not for me, but rather the Italian [Fabiano Caruana] or the Armenian [Levon Aronian],” Mamedyarov said on Facebook. The Azerbaijan chess player said he was sorry he couldn’t win in the tournament.

Armenia’s Aronian finished last at the tournament with only one victory, 7 draws and 6 defeats.