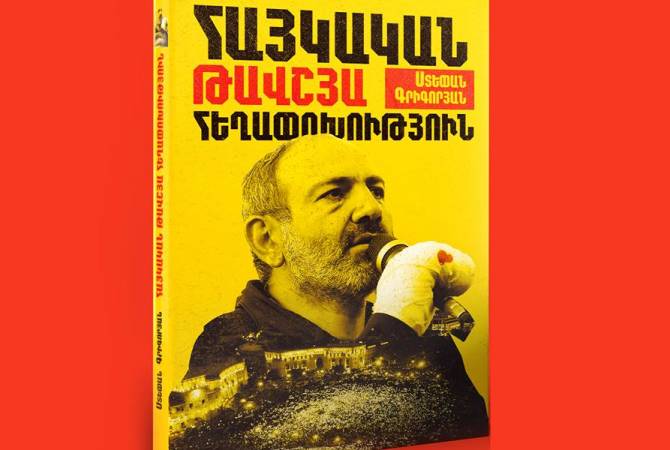 
YEREVAN, AUGUST 17, ARMENPRESS. The recent political events in Armenia have been summed up in a book.

The book titled “Armenian velvet revolution” by political scientist, chairman of the board of the Globalization and regional cooperation analytical center Stepan Grigoryan, has been released on August 17. It has been published by Edit Print publishing house, Armenpress reports.

The book presents the political situation in Armenia in the past years, as well as the chronology and analysis of the ongoing political processes in the country, starting from May 31, 2018, when opposition leader Nikol Pashinyan started its walk campaign from Gyumri to Yerevan, up to May 8 when Pashinyan was elected Prime Minister during the extraordinary sitting of the Parliament.

This is his first large-scale work. Stepan Grigoryan attaches great importance to the effective work of Pashinyan and his team on implementing the velvet revolution.

Stepan Grigoryan is famous political scientist and expert. He has been lawmaker of the Armenian Parliament, worked at the Armenian foreign ministry.

He not only followed the events in Armenia, but also participated in them. During the revolution days he even has been arrested.

The book also includes numerous photos. It has been published in Armenian and Russian, and the English version will be published later.