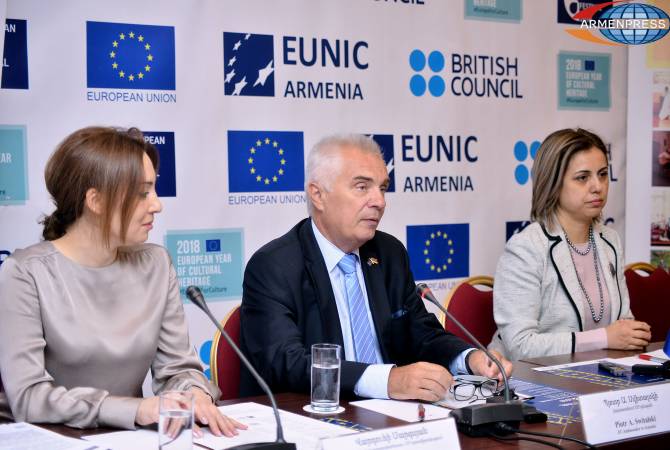 
YEREVAN, NOVEMBER 13, ARMENPRESS. As part of the European Year of Cultural Heritage, a European Film Festival will take place in Armenia. Within the framework of the festival, new award-winning films from 11 European countries will be screened for the Armenian audience in Yerevan, Gyumri and Dilijan.

The grand opening of the festival will take place on November 17 in Yerevan’s Moscow Cinema with the screening of Colette - 2018 biographical drama, directed by Wash Westmoreland, based upon the life of the French novelist Colette.

“We have carried out various types of events – concerts, exhibitions, seminars, plays and others in Armenia since spring in the European Year of Cultural Heritage,” EU Ambassador Piotr Switalski said at a press conference. “This festival is the culmination of all cultural events organized before this. We want to present to the Armenian public newly produced, fresh films that aren’t available in cinemas or online,” he said.

Switalski said that the festival is yet another bridge between Armenia and Europe.

“We know that Armenians have a very refined taste, Armenia has a high culture, you are very demanding, thus we will present to you truly fine films – not Hollywood, not Bollywood, but Europewood,” he jokingly said.