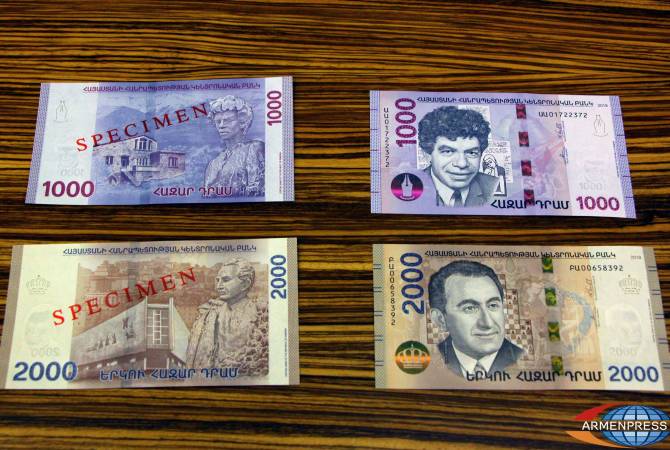 
YEREVAN, NOVEMBER 20, ARMENPRESS. On the occasion of the 25th anniversary of the Armenian national currency, the Central Bank has put into circulation third generation banknotes today. 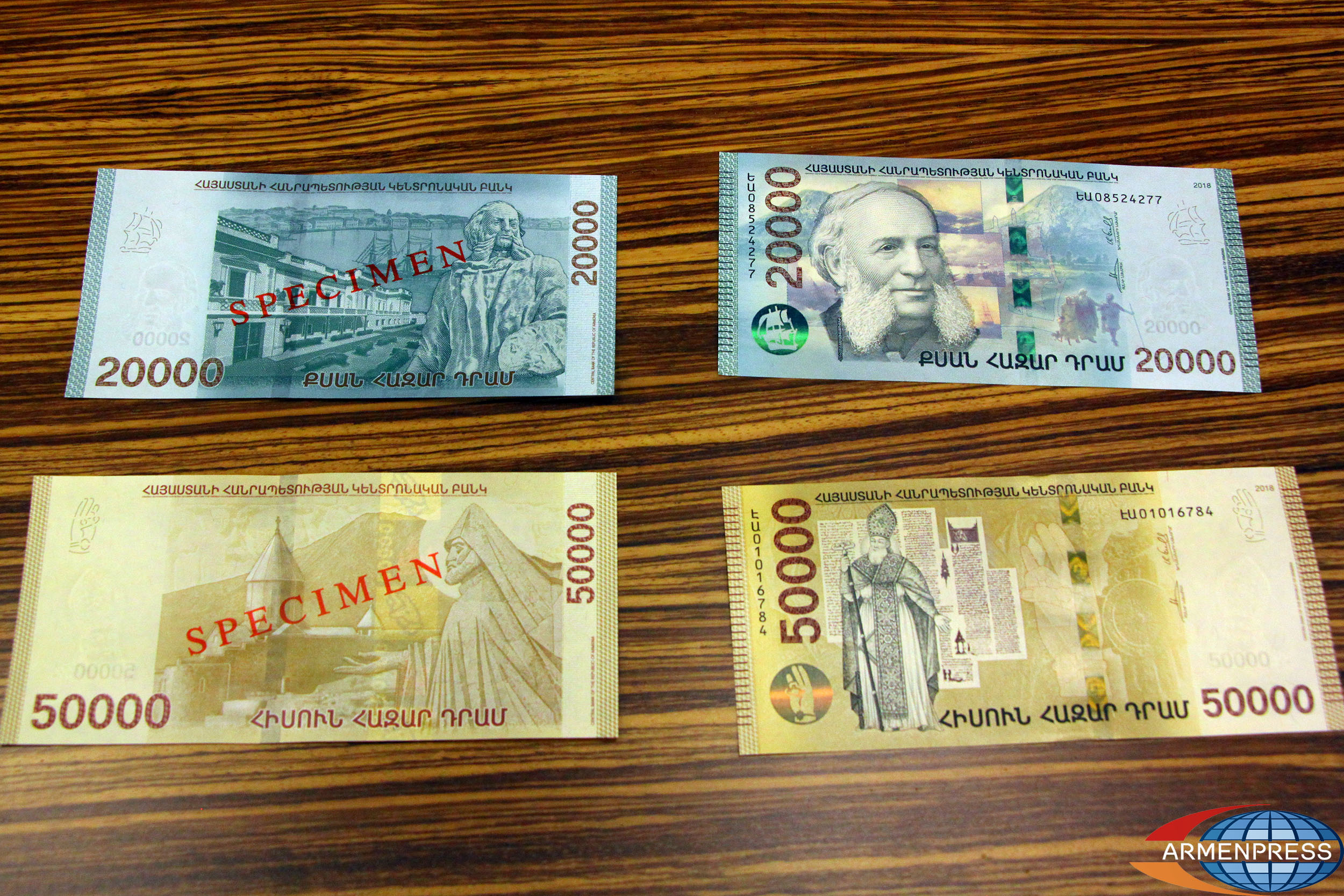 The Central Bank notified that in the initial period payment terminals will not accept the new bills until software upgrades.

Today marks the 25th anniversary of the national currency of Armenia – the dram.

On this day in 1993, the national currency, the dram (AMD), of 10, 25, 50, 100, 200 and 500 dram denominations was introduced – ending the circulation of Soviet and Russian banknotes and laying the foundation for the main financial structures, including the banking system of Armenia. 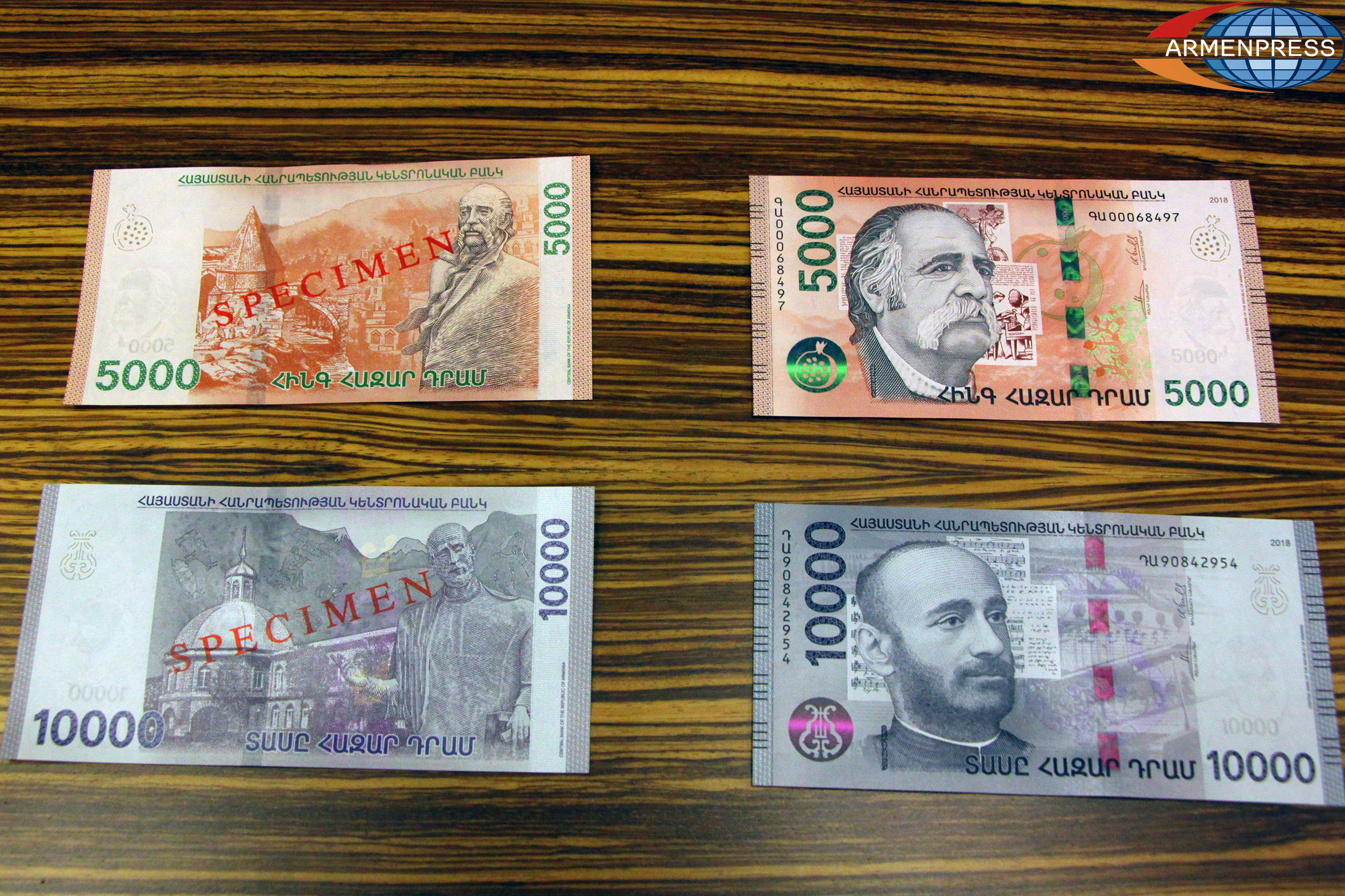 In 2001, the jubilee banknote in nominal value 50000 dram dedicated to 1700th anniversary of adoption of Christianity in Armenia was put into circulation. 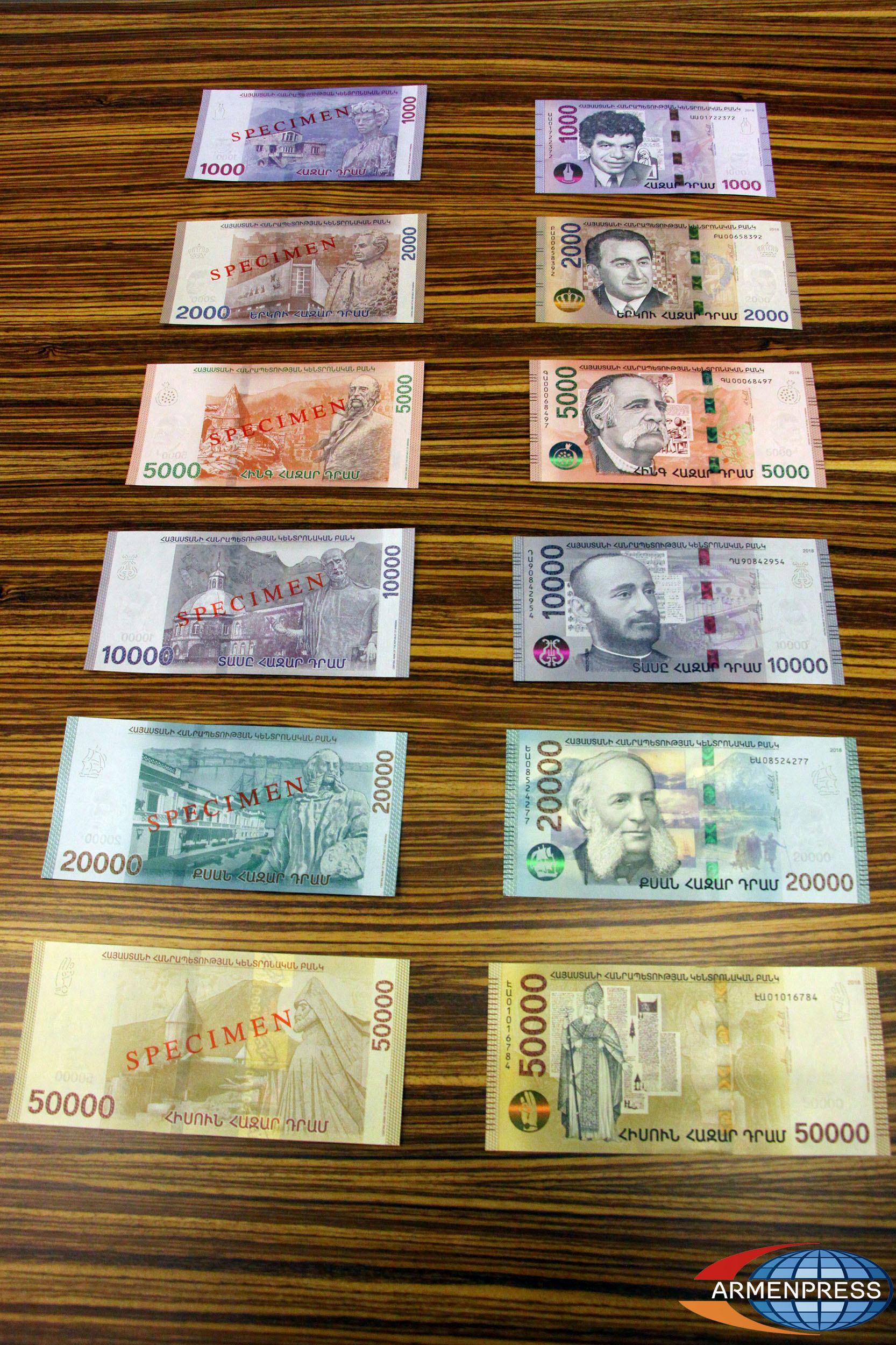 In 2009, 100,000 dram denominated banknote (the highest nominal value) was put into circulation.

In 2008, the year that marked the 15th anniversary of the currency, a bronze statue symbolizing the Armenian dram was erected outside the Central Bank headquarters in Yerevan, Armenia.

This year, the Armenian Dram Museum was opened in Shushi, Artsakh, where ancient currencies, coins and banknotes from the Sophene era, times of the Artashes dynasty, Tigran Mets, Artavazd B, Cilician Armenia, Russian Empire and Soviet Union are displayed.

On the occasion of the 25th anniversary of the Armenian national currency, the dram, third generation banknotes will be introduced from November 22.

The new banknotes will be made from high quality composite materials, which in turn will ensure an average 3-4 times higher lifecycle.  The bills also feature the best modern security features, as well as designs for visually impaired persons.

The newly introduced denomination will be the 2000 dram banknote.

The second generation banknotes will remain in circulation until natural wearout.