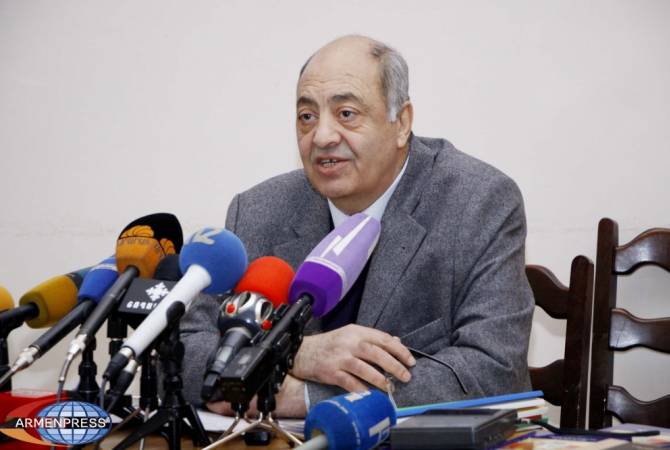 “Our people know by heart everything about Hovhannes Tumanyan. From children to seniors, everyone can present Tumanyan’s poems, quote his aphorisms,” he said.

According to Militonyan, Tumanyan was creating literature with powerful flames, reflecting human relations, inter-ethnic relations, was contributing to distribution of Armenian literature, culture and national spirit.

“Tumanyan was a state in our stateless times," he said.

Events marking Tumanyan’s 150th anniversary of birth on February 19 will include a seminar at the G. Narekatsi University in Stepanakert, Artsakh.

“The event in Tbilisi is interesting. A meeting with scholars will take place on February 19th at the Tumanyan House Museum in Tbilisi with the support of various cultural union of Armenia”, he said.

An exhibition of painter Tengiz Mikoyants will be opened at the national library of the Georgian parliament dedicated to Tumanyan.

According to Militonyan, a gala evening will take place with participation of government officials and representatives of the Georgian Union of Writers.

On February 19th, the birthday of Tumanyan, writers will gift books to passersby outside the Union of Writers building in Yerevan.