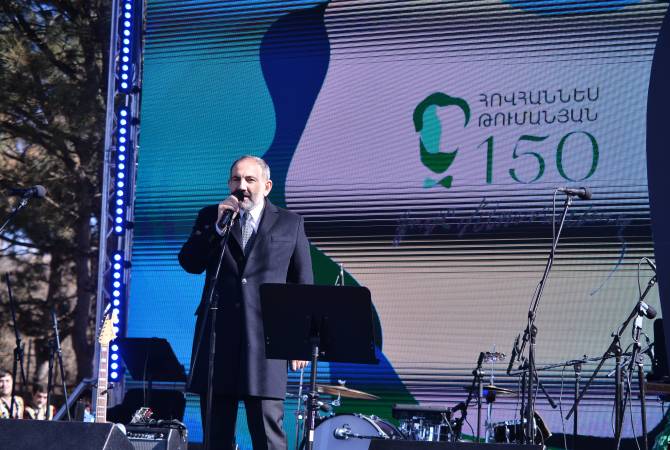 Prime Minister Nikol Pashinyan reminded one of the key messages of the poet during the official launch of events.

“Many think that Mount Ararat is on the other side of River Araks, but as Charents points out, we have Ararat on this side as well. This Ararat is Hovhannes Tumanyan, this Ararat is in Dsegh and Lori province. Tumanyan’s image should guide everyone in today’s Armenia. Today we imagine Tumanyan as an inaccessible height, but he was a person who faced all human sufferings from the first days of his birth. Life has attempted to kill and break him at any moment”, Pashinyan said, adding that however Tumanyan was not broken because he has believed in his strength. “Stand up and walk – this was the only word Tumanyan told the people. This is Tumanyan’s message to the people and the state. And today I allow myself, as a Prime Minister elected by the people, to tell the Armenian people – stand up and walk!”, the PM stated.

February 19 marks the 150th birthday anniversary of the greatest Armenian poet Hovhannes Tumanyan. A number of events have launched in Yerevan, Dsegh and the Georgian capital of Tbilisi on this occasion.