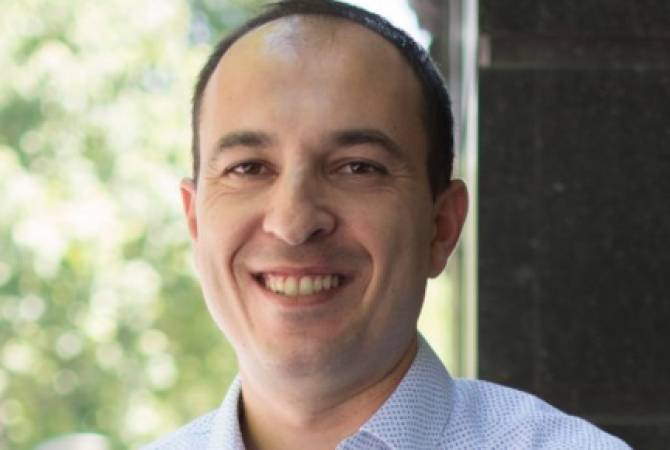 
YEREVAN, JULY 26, ARMENPRESS. Suren Khachatryan is a repat who moved back in June 2016. Born and raised in Yerevan, his family decided to move to the US because they thought he would have a better future there. His sister was already living in the US and he had relatives from his father's side, so the move made sense to them. The family moved to San Jose, California, not a very standard place for an Armenian to live.

“I come from a family of mathematicians and engineers, so we had a few friends and acquaintances in Silicon Valley that were considered the Armenian community there. Unfortunately, there was nobody my age. I did not meet any young Armenian for the first 6-7 months I lived there. For an Armenian from Armenia, integrating there was very tough. The Diaspora Armenians weren’t used to seeing local Armenians move there and I felt like a foreigner. Going to the Armenian church there didn’t help make it better either. People would be surprised when I spoke perfect Armenian because they weren’t used to hearing the language, everyone spoke English and Armenian was reserved only to your parents.”

He thought moving to Los Angeles would be a solution in terms of becoming closer to the Armenian community, but he only moved there after living in America for 8 years and was already used to the idea that Diaspora will never be final destination for him. Suren says maybe that’s the reason he always intended to move back to Armenia.

“If I had moved to LA first, I might have just stayed there. I’m sort of grateful I moved to San Jose specifically so I wouldn’t have the sense of belonging to the community there.”

After receiving his Bachelor’s degree from UC Santa Barbara and an MBA from Pepperdine University, he worked as a budget analyst for 2 years in California and spent a total of 10 years in the country. In 2009, he returned to Armenia for a short period of time found a job here as business analyst, which paved his way to more challenging opportunity in Ukraine so he ended up moving to Ukraine where he worked for Deutsche Bank development center. That lasted for 18 months and actually helped him to secure his dream job in New York city, and Suren moved back to the US for work again.

“Since I was a lot older when I moved to New York, I didn’t feel the need to be active in the Armenian community like I did when I was 17. I had become more mature and I knew the kind of person I was. New York’s Armenian community is very strong, but people don’t meet each other that often because everyone lives too far away. There is a big church in Manhattan, but not everyone shows up for mass on Sunday. I worked as an IT business analyst and project manager there until I got a job offer from Ameriabank.”

Living in New York, Suren tells us, was very overwhelming. He says New York’s dynamic life, busy schedule and scattered Armenian community also made it difficult for him to find a life partner. In addition to that, his parents had moved back to Armenia in 2008 and he missed living in the same city with them, so he thought of giving it a chance by actually moving back to Armenia and starting a new life.

“My parents started planting the idea in my head to move back. They would tell me “hey, it’s not so bad here if you can get a job,” and after 3 and a half years of living in New York I applied to work at Ameriabank and got the job. To be fully honest, I was very nervous because I was content with my job and basically risking great opportunities, but I had heard good things about the bank and I went for it anyway. Thankfully, my bold decision worked out for the best.”

Currently, Suren continues working at Ameriabank as a senior project manager who implements enterprise-wide projects. His daily routine consists of running 2-5 meetings a day, clarifying their requirements with the company’s new system and overall enjoying a pleasant work environment. Suren tells us that working at Ameriabank makes him aim for perfection and that makes him stretch on a daily basis. He says the bank puts employees’ professional growth on top, and his favorite thing about working there is the support of the management and overcoming of daily challenges.

“There is never a dull moment. Every day we try to create something new to overcome a new challenge. Working at Ameriabank, I am given the opportunity to implement enterprise-wide CRM projects, which are usually done by big consultancies in the US. Here, I have the chance to lead it along with supportive teammates.”

Suren’s job in Armenia has had a tremendous effect on how his life would turn out.

“During my first couple of weeks of working at Ameriabank, I was seated next to the Marketing/PR team, more specifically, next to the person I ended up marrying. My marriage played a huge role in making me stay here.”

One of the challenging aspects of living in Armenia for Suren was the fact that he could not set up a meeting at 9:00 am in the morning. 3 years in, he is now used to it. He finds a lot of advantages of living in his homeland: the ability to walk to work, meeting friends with only a 20-minute heads-up, not worrying about preserving the Armenian identity. Every day feels like the start of something new for Suren.

“I have only one hope for the future. I would like to see my son’s future in a safe, peaceful, economically developed and politically stable Armenia “.