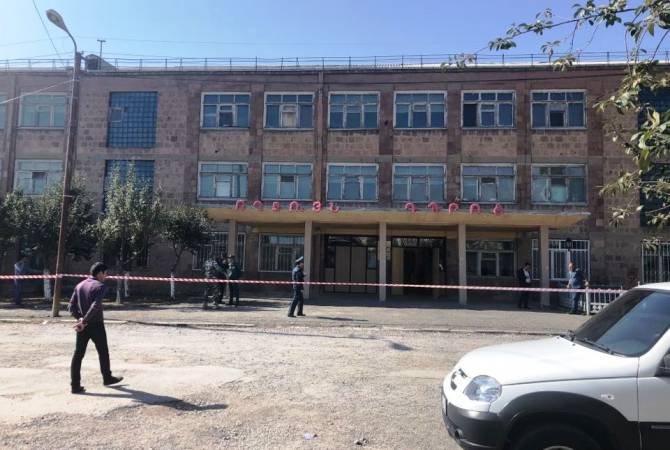 
GYUMRI, OCTOBER 9, ARMENPRESS. The #15 public school of Gyumri has been evacuated amid a bomb threat. The local police department received the bomb threat and contacted the Ministry of Emergency Situations Shirak Department who dispatched first responders to the school.

ARMENPRESS correspondent reported from Gyumri that law enforcement officers, first responders and local officials are working at the school.

All students and teachers staff have been evacuated.

17:12 - Authorities says the bomb threat was false. The entire building was searched by bomb squads and K9 units, and nothing suspicious was found. Authorities said the school will resume its functions from tomorrow.