New cooperation bridge to open between Armenian and Israeli IT companies 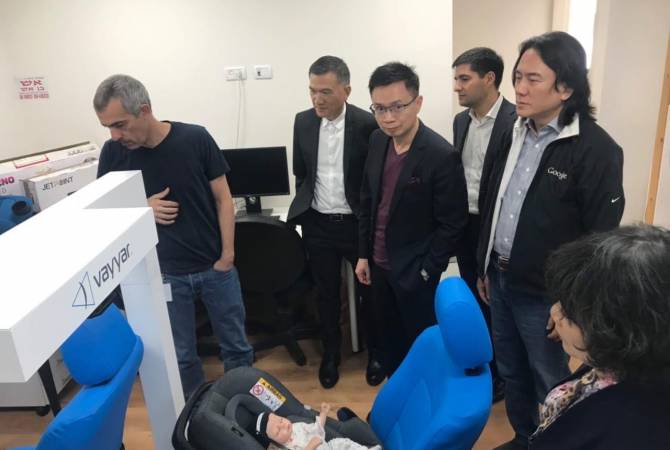 
YEREVAN, NOVEMBER 18, ARMENPRESS. The cooperation prospects between the Armenian and foreign IT companies, which participated in the World Congress on Information Technology (WCIT 2019) in Yerevan, are already becoming visible.

The Taiwan External Trade Development Council (TAITRA), which has offices in more than 50 countries of the world, is opening a representation in Armenia, connecting the Armenian and Israeli IT companies.

Alexander Yesayan, president of the Union of Advanced Technology Enterprises (UATE), talked about the topic in an interview to ARMENPRESS.

“TAITRA Chairman James Huang visited Armenia on the sidelines of the WCIT. And during that days we discussed the possibility of opening a TAITRA office in Armenia. It promotes the access of Asian companies to the international markets and the opposite direction. It is also a cooperation platform for the business. By seeing the entrepreneurship of the Armenian and Israeli IT companies, the company found similarities between them and made a decision to open an office in Armenia which will collaborate with the Israeli office opened just two months ago”, Yesayan said.

Israel is also considered as the country of startups, it captures a leading place in the world both with the quantity and quality of its startups. Having an office in Armenia will enable to cooperate with the Israeli office, get acquainted with the Israeli companies and create a joint product, as well as will open a direct window for Armenia to the Asian market. Some Armenian IT companies, which have innovative ideas and want to organize a production, sometimes have to search for, find companies which are engaged in this process. But in case of the presence of TAITRA, the companies can directly apply to it which will introduce them on its database of companies. In other words, the Armenian companies will have a chance to cut the work of several months, and also will be sure that they are working with reliable, qualified companies. All UATE member companies will have an opportunity to use that platform.

TAITRA will open its office in Armenia during the first half of 2020. Founded in 1970 TAITRA non-profit organization has 63 branches abroad.