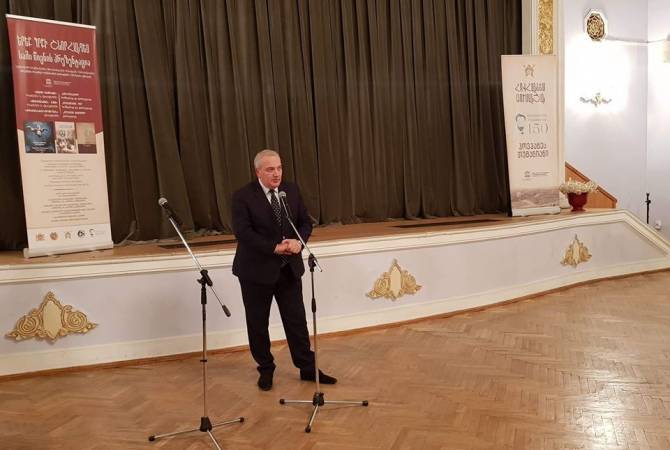 
YEREVAN, DECEMBER 13, ARMENPRESS. The Armenian Embassy in Georgia is working in the direction of installing a statue of Hovhannes Tumanyan at the Yerevan Park in Tbilisi.

“We definitely want to install the Tumanyan statue in Tbilisi this year”, Ambassador Ruben Sadoyan said at an event in the Georgian ministry of culture honoring the Armenian poet’s 150th anniversary of birth.

He said they have an agreement with Tbilisi City Hall and only technical issues are left to be settled.

“The Yerevan Park, where the statue will be erected, is owned by several individuals, and we are trying to negotiate with the owners and install the statue there”.

“We believe it won’t be right for Tbilisi not to have a Tumanyan statue”, he added.