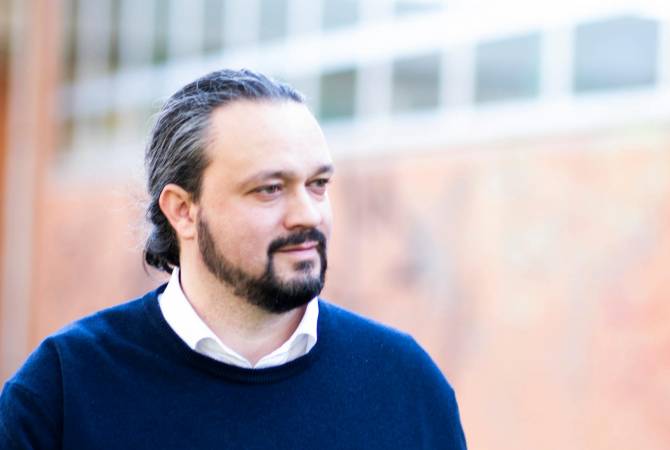 
YEREVAN, MAY 10, ARMENPRESS. Mayor of Ferrara city of Italy Alan Fabbri is ready to initiate Artsakh recognition process, establish sister-city relations with one of Armenia's cities and visit Armenia, Fabbri told ARMENPRESS in a video-interview.

Speaking about a performance on the Armenian Genocide at the city's theatre, and the reaction of Turkish embassy to it, the Italian Mayor said, ''We organized an event on April 24, where we commemorated the anniversary of the Armenian Genocide. Writer Antonia Arslan, as well as other intellectuals, participated in that performance. The next day we received a letter from the Turkish Ambassador to Italy. We sent it back because it's inadmissible for us. It was an attempt to intervene in the activities of the city, which is a city of free ideologies'', Alan Fabbri said, noting that it was disrespectful and totally unacceptable for them. ''Attempts to censor the opinions of others is unacceptable in our country'', he said.

To the question if he has any plans to establish sister-city relations with any Armenian city, Alan Fabbri said, ''Yes, sure. I assumed the position of Ferrar's Mayor in 2019 and of course, it would be a great pleasure for me to be able to establish such relations with one of the cities of Armenia’'. He expressed hope to visit Armenia some day.

To the question if Ferrara has any plans to recognize the independence of Artsakh, given that numerous Italian cities have already done so, and also the fact that 106 years after the genocide Turkey supported Azerbaijan against Artsakh, showing that remaining unpunished gives birth to new crimes, the Mayor of the Italian city said, ''Yes, definitely yes, without any fears or problems. I think it's not easy today to be European and Italian politician and openly support the Armenian side. But we will do that without any problems, we have always been and will be supportive to Armenia, because the Armenian people, also as a Christian nation, has a great value for us, and we will always stand with Armenia''.