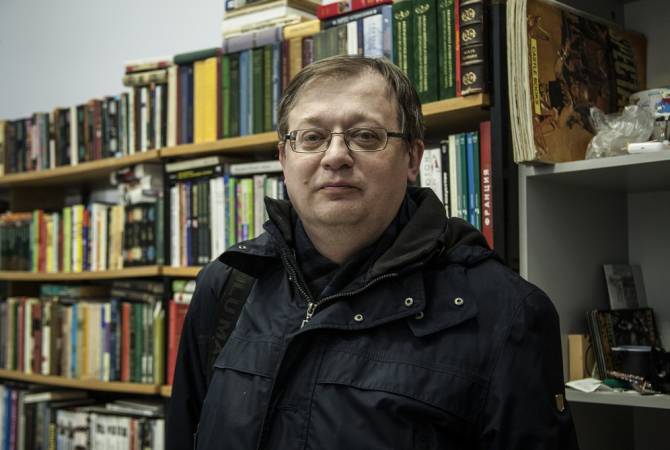 
YEREVAN, JANUARY 10, ARMENPRESS. The mission of the peacekeeping forces of the Collective Security Treaty Organization (CSTO) in Kazakhstan, which, in fact, is the first real joint response operation in the history of the organization, will significantly raise its international reputation, Alexander Khramchikhin, Deputy Director at the Moscow Institute for Political and Military Analysis, said in an interview to ARMENPRESS.

According to him, Armenia, as a chairing country of the CSTO Collective Security Council, played a decisive role in that process.

“Probably, Pashinyan is playing such an active role deliberately to some extent so that it would be very hard to reject Armenia’s request if a similar situation happens in the future. In other words, he acted very wisely in this case. It was a very smart step by Pashinyan. But first of all, he, of course, has consulted with the CSTO leaders”, the military expert said.

According to him, with the peacekeeping mission in Kazakhstan, the CSTO finally started working as a real mechanism of collective security. “This will greatly raise CSTO’s international reputation, if it acts in that way”, he said.

Commenting on the ongoing developments in Kazakhstan, Alexander Khramchikhin said they will eventually end with the pressure of the unrest. Moreover, he believes that the CSTO plays a big role on the matter, despite the fact that the CSTO peacekeepers are not so large in number.

“That’s not the important part. The important is that the CSTO is there. And this means that there is no place to escape. And that time the Kazakh law enforcement authorities as well will have to work”, he added.

On January 2, protests sparked in several cities of Kazakhstan. In several days, they escalated into mass riots and assaults at the bodies of authority in many cities. Thousands of people were injured, and there were casualties. President Kassym-Jomart Tokayev asked the Collective Security Treaty Organization (CSTO) for assistance. CSTO peacekeepers have already commenced their mission in Kazakhstan. Armenia sent 100 peacekeepers to Kazakhstan as part of the CSTO mission.