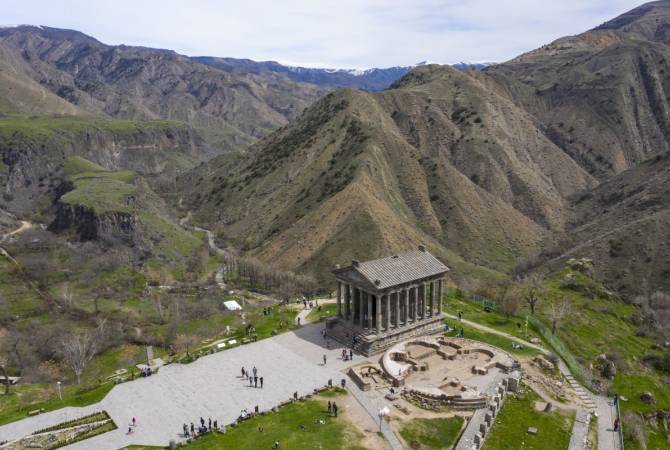 
YEREVAN, JANUARY 17, ARMENPRESS. Belgian Le Vif Weekend online journal has published the list of the best architectural monuments relating to the heritage of the Ancient Roman Period (754/753 BC – 476 AD).

The Armenian Temple of Garni is included in the list of the top 51 most beautiful monuments. It is the 37th in the list. The Temple of Garni is the only standing Greco-Roman colonnaded building in Armenia and the former Soviet Union. Built in the Ionic order in the village of Garni, in central Armenia, it is the best-known structure and symbol of pre-Christian Armenia. The structure was built by king Tiridates I in the first century AD as a temple to the sun god Mihr.