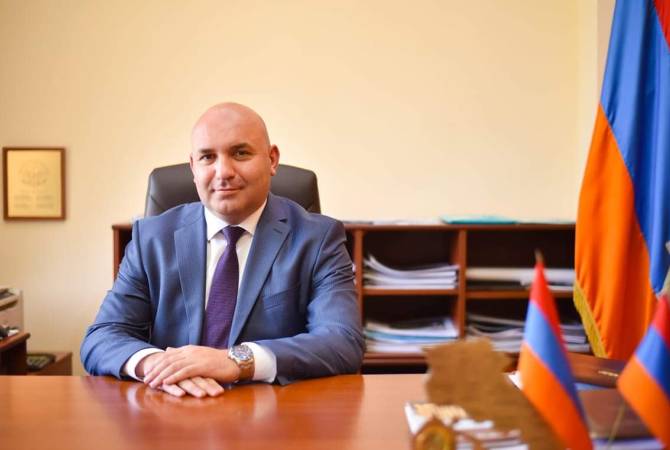 
STEPANAKERT, MARCH 28, ARMENPRESS. The 2020 war in Artsakh resulted in destructions of a number of buildings in the Republic. Following the war, construction companies have conducted and continue conducting renovation works in more than 3000 facilities. These restoration works have been completed in 2500 out of these 3000 facilities, the rest will be completed during 2022, Minister of Urban Development of Artsakh Aram Sargsyan said in an interview to ARMENPRESS, talking about the ongoing house-building, road construction and other activities in the Republic.

The weather conditions in March created a collapse situation in Artsakh. Presenting the current situation in the Republic, the minister said the unfavorable weather conditions and heavy snowfalls in Artsakh were unprecedented compared to the previous years, and this created some difficulties for the movement of citizens and for traffic. “However, the clearing operations have launched and been implemented in an operational manner in order to mitigate the weather-related difficulties as much as possible. Overall, the inter-state roads and the Stepanakert-Berdzor highway have been mainly open during this period, only some parts were difficult to pass”, he said.

He said the Ministry of Urban Development launched the program on eliminating the consequences of the war immediately after the end of the military operations. “Last year the ministry’s activities were directed mainly to eliminating the destructions caused by the war and building new houses for our displaced citizens. These works are also a priority this year and will continue until the displaced citizens are provided with apartments and the consequences of the war are eliminated completely. The total number of damaged buildings in Artsakh comprises 7622, of which 120 have been destroyed either completely or mostly need to be built from zero.

As for the ongoing house-building works, the minister said that all resources are now being invested to quickly solve the existing challenges. “At the moment big construction sites exist in the Republic, and new apartments, districts, residential buildings and houses are being constructed in several regions. These works are being done at the expense of both public funds, the Hayastan All Armenian Fund and different private and charity means. By 2024, a new housing stock of the required number will be created in Artsakh”, he said.

In response to the question when the residents of the settlements which have come under the Azerbaijani control as a result of the war will be provided with apartments, the minister said that in the post-war period, till this moment, nearly 300 apartments have been commissioned.

The road construction works are also being actively carried out. He said the construction of the road linking Khramort community to the town of Askeran is underway.

The war also damaged a number of educational facilities in Artsakh. Over a dozen schools and kindergartens have been damaged by the shelling. “The renovation works started immediately after the end of the war so that the study process would not suffer. Overall, educational institutions have been damaged in Stepanakert, Martuni, as well as in Shosh, Aygestan, Karmir Shuka, Kert, Charektar and Tonashen communities. The renovation works have already been completed in these settlements, and the educational facilities there are already operating normally”, the minister added.