Academic Sa’ad Salloum urges to teach the topic of genocide in Iraqi universities: He is writing an educational program 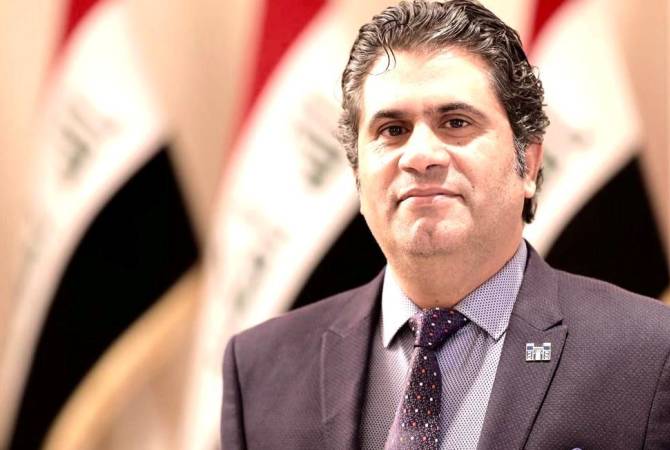 
YEREVAN, APRIL 24, ARMENPRESS. The international community has not learned the lessons well, the interests of the great powers have always taken precedence over justice, Dr. Sa’ad Salloum, Professor of Political Science, College of Political Science at Al-Mustansiriya University, Founder of  MASARAT Foundation told ARMENPRESS, referring to the remark that unpunished crimes have a tendency to be repeated, and what are the actions to be taken by the progressive humanity to make the slogan “Never Again” become a reality?

“Never again? Actually, it’s more like again and again and again, Because the international community has not learned the lesson well and the interests of the great powers have always taken precedence over considerations of justice, because states were more concerned with considerations of sovereignty than intervention to prevent genocide , for these reasons, the genocide was repeated after the Armenian genocide. Even after drafting an international agreement to prevent it: Genocide has been committed repeatedly since the drafting of the 1948 United Nations Convention on the Prevention and Punishment of the Crime of Genocide. Some of the most important and notable examples are: Bangladesh (1971), Cambodia (1975-1979), Guatemala (early 1980s), Iraq (1988), Rwanda (1994), Srebrenica (1995), Darfur (2003-2009), Iraq (2014), Myanmar (2017). I think the solution is to form a broad international coalition to prevent genocide to save the victims before it is too late and to ensure that genocide will not happen again”, the academic said.

Regarding the process of recognition and condemnation of the Armenian Genocide by the international community, Sa’ad Salloum said, “Recognition is a time-consuming process․ With regard to the situation of the Armenians, Recent years have seen great progress, Even for the neighboring countries of the Middle East or close to Turkey, In other countries, the Armenians' demands for recognition began to appear to public opinion, as is the case in Iraq. Therefore, I think that it will constitute a major pressure factor on Turkey in the short and medium term”.

Asked what the international community should do to end Turkey's denial policy, Sa’ad Salloum said, “I think the formation of international alliances is very important, For example, there is the Geneva International Coalition Against Genocide Which was launched last year, It is an important platform in this context ,Seven years ago, I personally called for the launch of the Global Victims Coalition against Genocide,  I also called for the teaching of genocide in Iraqi universities and  I am currently writing an academic curriculum for universities on genocide,  These are important activities to create leverage in global and national public opinion regardless of official recognition”.

Answering the question about his opinion of under what circumstances or under what conditions will Turkey finally face the historical truth, the academic said, “Some may see that this depends on regional and international conditions, but I think that starting from the inside is the most important thing, in other words, from within Turkey itself, whether we are talking about the official government level or the public opinion of the people, because it is important to invest in stability and long-term reconciliation with neighbors, with the region, and with the international community”.

In response to the question about the fears of not paying enough attention to the issue of the Armenian Genocide in the current difficult geopolitical situation, Sa’ad Salloum said, “I think there are similar concerns even in the Middle East  that the crisis in Ukraine will reduce the West's interest in many important and urgent issues But with regard to the issue of genocide, in my opinion, the matter is different : There is a dimension in the Ukraine-Russia crisis that has ancient roots, It is about justice and recognition of genocide , I mean here the Russian recognition of the genocide called Holdmore  Holodomor : a famine in Soviet Ukraine from 1932 to 1933 that killed millions of Ukrainians.  At  the collectivization of agriculture in 1929–1931 in Ukraine and elsewhere in the Soviet Union under Joseph Stalin's direction, and the Soviet famine of 1932–1933 and Holodomor which resulted. Millions of peasants died due to starvation, deportation to labor camps and execution. I think we should not focus on the next point : If justice is achieved in one place, it will become an example in other places  and we must also not forget that peoples cannot forget or stop demanding justice, no matter how geopolitical circumstances change”.

Answering the question about the possible effects of the reconciliation process between Armenia and Turkey on the Armenian Genocide issue, Sa’ad Salloum said, “Reconciliation has become a current necessity for Turkish-Armenian relations, especially in light of Turkey's quest to play  a more effective regional role and improve its relations with the West and the European Union. Therefore, dialogue and negotiations with Armenia may be an important part of arranging Turkey's regional and international status and with its neighbors. It will be in the interest of both parties to show wisdom in order to normalize the relationship and ensure a more just future for future generations and fairness for previous generations”.