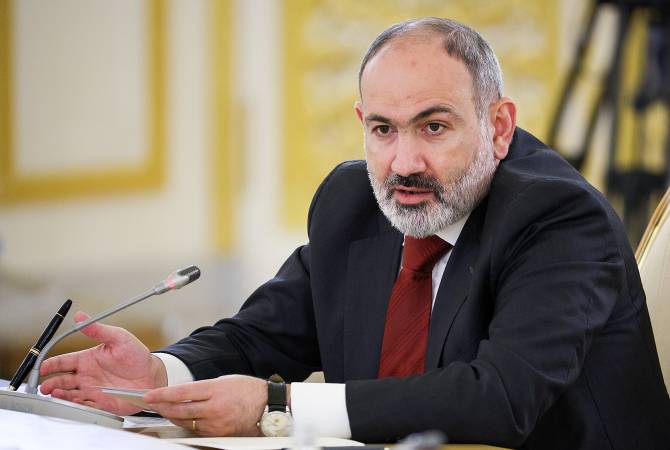 
YEREVAN, MAY 16, ARMENPRESS. During today’s summit of the leaders of the member states of the Collective Security Treaty Organization (CSTO), Prime Minister of Armenia Nikol Pashinyan raised issues relating to the mutual partnership of the CSTO states and the rapid response in crisis situations.

In his remarks the Armenian PM firstly thanked President of Russia Vladimir Putin for organizing the summit, which is dedicated to the 30th anniversary of the CSTO, and for the warm welcome.

“Of course, our jubilee meeting is a very good opportunity to draw some conclusions and discuss the further development prospects of our organization. President of Belarus Alexander Lukashenko raised very important issues relating to the mutual partnership between the CSTO member states. It can be said that the President of Belarus addressed quite problematic issues. In general, it can be said that there is a lot of positive in the CSTO history because CSTO has been, is and will be the most important factor on ensuring security in the region. But, as we see, during today’s jubilee summit we do not discuss jubilee issues only because the situation in the CSTO responsibility zone is quite tense”, the Armenian PM said.

Pashinyan touched upon the issue on the voting of the CSTO states, stating that this voting sometimes is not simultaneous.

As for the mutual partnership and rapid response mechanisms, Pashinyan said this issue is very important for Armenia.

“As you know, last year on these days the Azerbaijani troops infiltrated into Armenia’s sovereign territory. Armenia applied to the CSTO to implement the mechanisms envisaged by the Crisis situations response procedures approved on December 10, 2010. Unfortunately, we cannot say that the organization reacted in a way the Republic of Armenia expected. For a long time we have been raising the issue of arms sale by CSTO member states to a non-friendly country. That weapon was used against Armenia and the Armenian people. This is a problem as well.

Frankly, the response of the CSTO member states during the 44-day war in 2020 and after that didn’t make Armenia and the Armenian people very happy, but I want to highlight the important role of the Russian Federation and President of Russia Vladimir Putin in the stop of the war in Nagorno Karabakh. I want to once again affirm that Armenia remains committed to the 2020 November 9, 2021 January 11 trilateral statements. I think that drawing conclusions is really important and good, but Armenia, as a founding member of the organization, is committed to the organization’s further development and views the organization a key factor on ensuring stability and security for the Eurasian region and Armenia. We are in a positive mood to fully assist the organization and its further development”, the Armenian PM said.