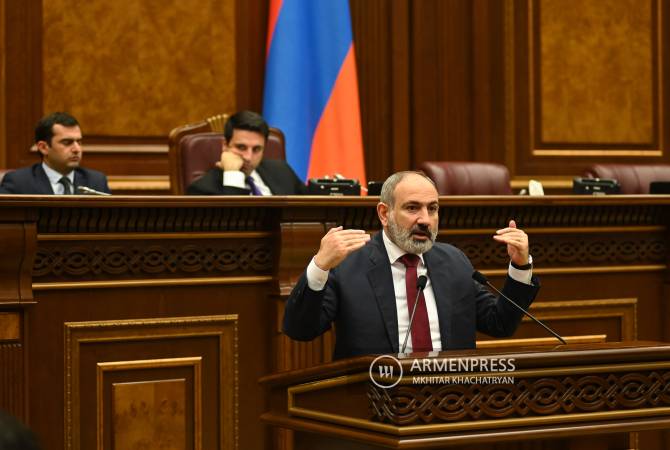 
YEREVAN, MAY 25, ARMENPRES. As a result of the meeting of the Prime Minister of the Republic of Armenia Nikol Pashinyan, the President of the European Council Charles Michel and the President of Azerbaijan Ilham Aliyev in Brussels, no agreement was reached between the Armenian and Azerbaijani sides over the formulations on Nagorno Karabakh conflict, and the President of the European Council decided to make comments that, in his opinion, would express as many elements as possible about the positions of both sides over formulations, ARMENPRESS reports Prime Minister of Armenia Nikol Pashinyan said at the National Assembly during the parliament-Cabinet Q&A session, answering the question of MP from Civil Contract Party Arman Yeghoyan.

The MP quoted the statement of the President of the European Council Charles Michel after the meeting in Brussels, saying "I also stressed to the two leaders that it is necessary to address the rights and security of the ethnic Armenian population of Karabakh."

According to Yeghoyan, these words have been interpreted differently in the Armenian media. "It was speculated that this means that Artsakh's right to self-determination remains out of the agenda, that the EU does not consider the possibility of a separate status for Artsakh, this is a step back from the agenda of the OSCE Minsk Group," Yeghoyan said.

"A very serious discussion on the Karabakh issue took place in Brussels, and as a result of that discussion, the differences between the positions of Armenia and Azerbaijan were registered," the Prime Minister said.