There is no consensus on the works of the Co-chairs, but the rumors about the "death" of the format are exaggerated. FM 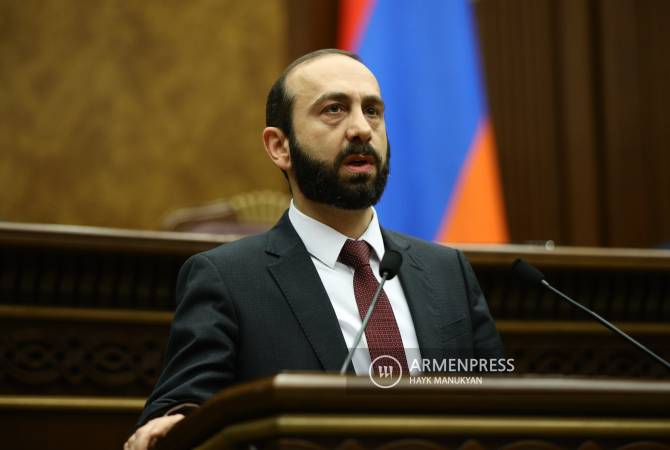 
YEREVAN, MAY 25, ARMENPRESS. There is no consensus over continuing the work, talks of the OSCE Minsk Group Co-Chairs on Nagorno Karabakh, first of all by Azerbaijan, but the rumors about the "death" of the Co-Chairs format are a bit exaggerated, ARMENRESS reports Minister of Foreign Affairs of Armenia Ararat Mirzoyan during the parliament-Cabinet Q&A session.

MP Vahagn Khachaturyan inquired if there is any consensus on the mandate and works of the OSCE Minsk Group Co-chairs’ format, what’s the future of that format and what’s being done to start talks on NK issue in the sidelines of the format.

"Due to the war in Ukraine, the work of the OSCE Minsk Group Co-Chairs, to put it mildly, is not active. In general, it can be stated that there were no visible works in that framework. Prior to that, Azerbaijan was the country that rejected the proposal, need to continue the talks on the format of the Minsk Group Co-Chairs. But after the war in Ukraine, there was some disagreement also between the Co-chairs. We, undoubtedly, see the place of negotiations for the political settlement of the Nagorno-Karabakh conflict in the platform of OSCE Minsk Group Co-chairs”, Mirzoyan said.

He assured that the Armenian side constantly talks about this, works in this direction with all international partners, first of all, with the Co-chairs. "And I am happy to state that recently, you might have noticed that the Co-chair countries are reaffirming their commitment to continue working in that format," Mirzoyan said.

Referring to the issue, the Foreign Minister said that to say that there is a consensus on this issue would be an exaggeration. "There is no consensus, first of all, through Azerbaijan's efforts. However the rumors about the 'death' of this format are also a bit exaggerated," Mirzoyan said.