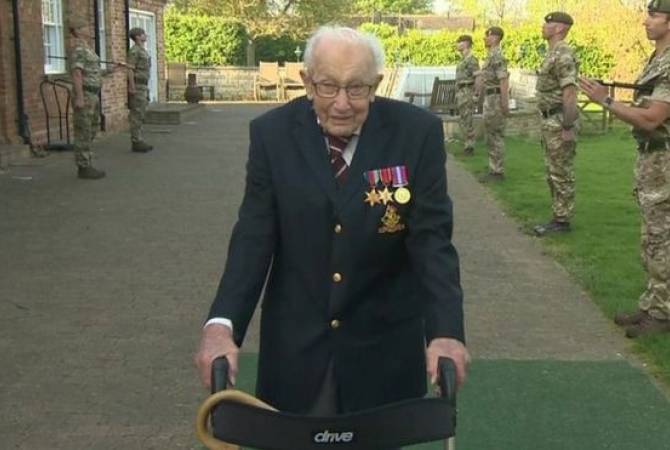 
YEREVAN, APRIL 16, ARMENPRESS. A 99-year-old army veteran who has raised more than £9m for the NHS said the fundraising has been “completely out of this world”, reports BBC.

Tom Moore aimed to raise £1,000 by completing 100 laps of his Bedfordshire garden by Thursday.

“Every penny that we get, they [the NHS] deserve every one of it”, he said, as the total exceeded the £5m mark.

Mr Moore began raising funds to thank the "magnificent" NHS staff who helped him with treatment for cancer and a broken hip.

With the aid of a walking frame, he hoped to walk 100 laps of the 25-metre (82ft) loop in his garden in Marston Moretaine, in 10-lap chunks, before his 100th birthday.

More than 450,000 people from around the world have donated money to his fundraising page since it was set up last week.

As the amount exceeded £4m earlier, Mr Moore's daughter Hannah Ingram-Moore said they had thought raising £1,000 was a "real stretch" and the latest total was “just amazing”.