Passenger removed from US flight for not wearing mask 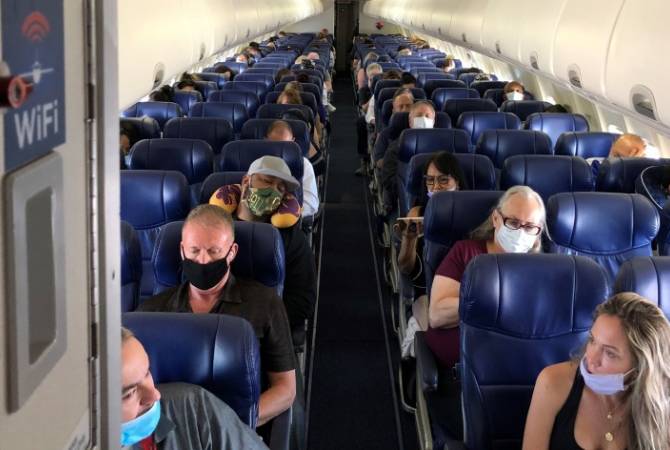 
YEREVAN, JUNE 18, ARMENPRESS. A passenger has been removed from an American Airlines flight after refusing to wear a mask, in what's believed to be a US first.

Brandon Straka was asked to disembark before the plane began its journey from New York to Dallas, reports Armenpress citing BBC.

The conservative activist - who has a large following on Twitter - detailed his experience in a video, calling the incident "insane."

In response, Astead Herndon - a New York Times reporter who was on the same flight - challenged what Straka was tweeting about the incident and shared a video where audio of the exchange can be heard.

There is currently no US law requiring travellers to wear face masks on planes, but airlines are allowed to enforce their own policies. Earlier this week American Airlines and five other carriers announced that they would bar anyone from travelling on their flights without a mask.

There are certain exemptions, however, including for those who should not wear a mask due to a medical condition.