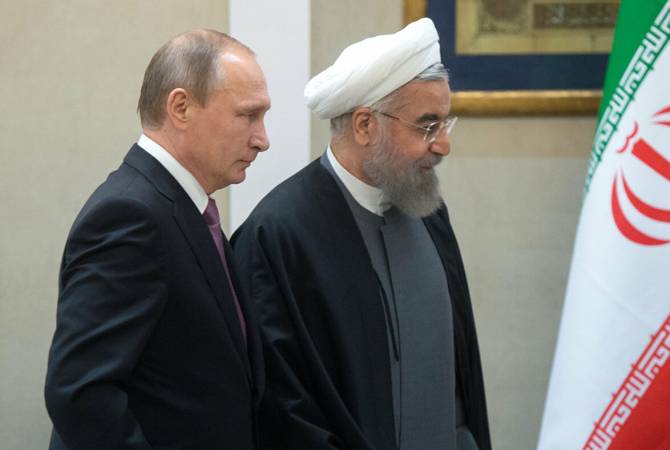 
YEREVAN, OCTOBER 10, ARMENPRESS. Iran’s President Hassan Rouhani held a telephone conversation with President of Russia Vladimir Putin, the Kremlin reports, stating that the phone talk was held at the initiative of the Iranian side.

The Iranian and Russian Presidents discussed the current situation in the Nagorno Karabakh conflict zone.

“Vladimir Putin briefed his Iranian counterpart on the efforts made by Russia’s mediation to mitigate the tension in the region. The Iranian President expressed his support to the agreements reached as a result of the consultations of the Russian, Armenian and Azerbaijani foreign ministers over cessation of hostilities for humanitarian purposes and launch of substantive talks for achieving the peaceful settlement as quickly as possible”, the statement says.

The agreement on declaring a cessation of hostilities for humanitarian purposes in the Artsakh-Azerbaijan line of contact entered into force on October 10, at 12:00.