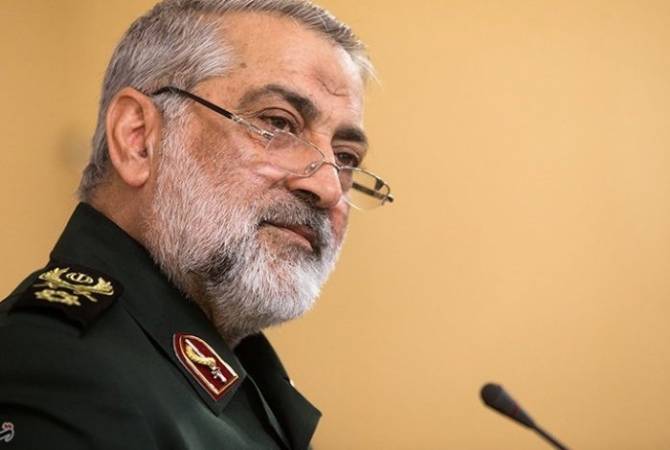 
YEREVAN, OCTOBER 23, ARMENPRESS. The Iranian armed forces have increased their border protection due to the situation around Nagorno Karabakh, Brigadier General Abolfazl Shekarchi, a representative of the Iranian military, announced on October 23, RIA Novosti reported.

He once again pointed out that shells from the conflict zone had hit Iranian territory. He advised the NK conflicting sides “not to cross the red lines of Iran and solve problems through dialogue, otherwise Iran won’t tolerate.”