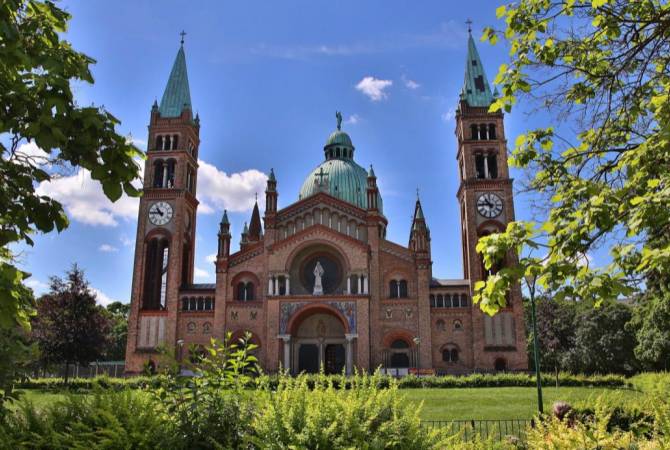 
YEREVAN, OCTOBER 31, ARMENPRESS. A group of 50 Turkish men broke into the Catholic Church of St. Anthony of Padua in Vienna, Austria shouting “Allahu Akbar” and staged a riot there on October 29, Kurier newspaper reported.

The assailants managed to escape before law enforcement arrived. The incident was caught on camera.

Police believe the assailants were radical Islamists who have come under the spotlight of law enforcement agencies in the past months. 10 suspects are already identified. These suspects have prior records of public disturbances.

The attack comes amid the knife attack at a church in Nice, in what French President Emmanuel Macron said was an "Islamist terrorist attack". Two other attacks took place on Thursday, one in France and one in Saudi Arabia.

A man was shot dead in Montfavet near the southern French city of Avignon after threatening police with a handgun.

A guard was attacked outside the French consulate in Jeddah in Saudi Arabia. A suspect was arrested and the guard taken to hospital.