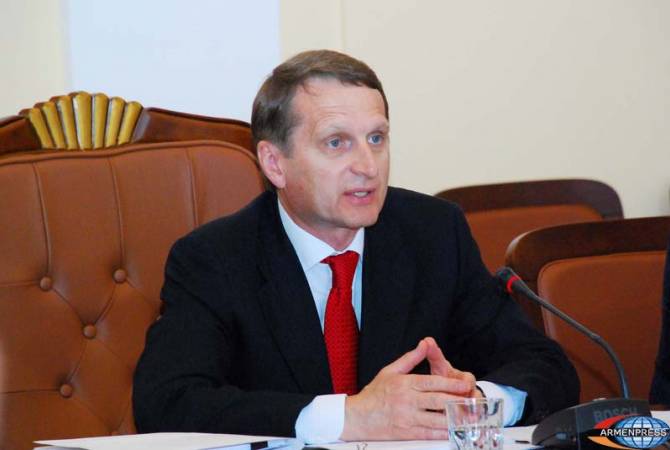 
YEREVAN, NOVEMBER 6, ARMENPRESS. The Director of the Foreign Intelligence Service of Russia Sergey Naryshkin has announced that they have received accurate intelligence data, including from intelligence agencies of Middle Eastern countries, on the participation of Syrian militants in the Nagorno Karabakh fighting.

Naryshkin said that the Russian intelligence agency has “accurate information on the presence of terrorists, including from Middle East and first of all from Syria in the combat zone”.

“We are receiving this data from several countries, various sources, and from our various colleagues, partner services in the Middle East.”

Two Syrian mercenaries fighting for the Azeri side against Artsakh were taken captive by the Armenian forces. Both have testified how they were recruited in Syria and taken through Turkey to Azerbaijan for 2000 dollars a month.