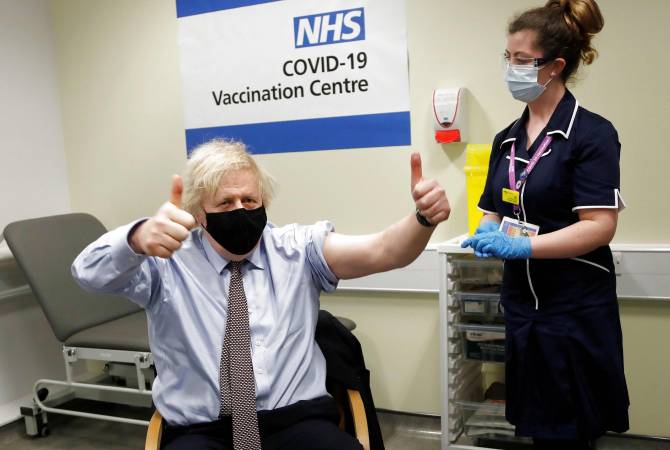 
YEREVAN, MARCH 20, ARMENPRESS. UK’s Prime Minister Boris Johnson received his first dose of the AstraZeneca COVID-19 vaccine on Friday and urged the public to do the same, saying “he did not feel a thing”, Reuters reports.

Johnson, 56, received his vaccine at the same hospital where almost a year ago he was put in an intensive care unit after he contracted the virus and fell seriously ill.

“I literally did not feel a thing. It was very good, very quick,” Johnson said after receiving the injection at St Thomas’ Hospital in London.