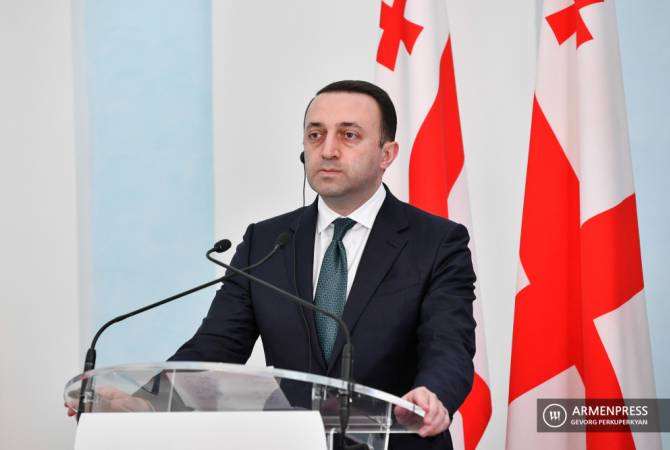 
YEREVAN, JUNE 25, ARMENPRESS. Georgian Prime Minister Irakli Garibashvili said in a speech at the parliament that Georgia had successfully acted as a mediator between Azerbaijan and Armenia, referring to Georgia's role in the return of 15 Armenian captives held in Azerbaijan. ARMENPRESS reports, citing Georgian media, Irakli Garibashvili noted that Georgia had never played such a role before.

"It was the expression of the confidence of the leaders of the two countries towards Georgia. In my turn, I reaffirm Georgia's full readiness to continue to play a mediating role in this process," Garibashvili said.

Earlier, the Georgian Prime Minister's Office reported that Prime Minister Irakli Garibashvili was personally involved in the return of 15 Armenian captives on June 12, and that due to his efforts the Armenian side provided Baku with valuable information on the minefields.