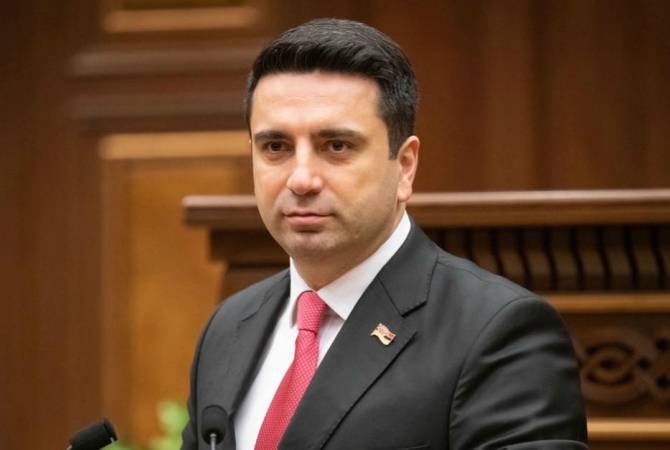 
YEREVAN, AUGUST 23, ARMENPRESS. President of the National Assembly of Armenia Alen Simonyan issued a congratulatory message on the occasion of the 31st anniversary of the adoption of the Declaration of Independence by Armenia. As ARMENPRESS was informed from the press service of the parliament of Armenia, the message runs as follows,

''The Declaration on Independence of Armenia adopted on August 23, 1990 was the cornerstone of the independent statehood. The Armenian people was going to fulfill its long-standing dream just one year after that historical reality, to have an independent and self-sovereign state. The new phase of our history began with this step. The opportunity opened by this window of communication with the civilized world today is ours, we are obliged to develop the culture of the way of thinking for independence.

We are the witness and bearer of the development following the Declaration on Independence until nowadays. But our endurance and will never leave us, we’ll continue to live and create in the Independent Armenia. Our bowing and respect to the people who have fought for declaration on independence in all times. Peace and long live to the Republic of Armenia,” the NA President’s message says’'.