By now no contacts have taken place between Armenia, Turkey – PM’s spokesperson 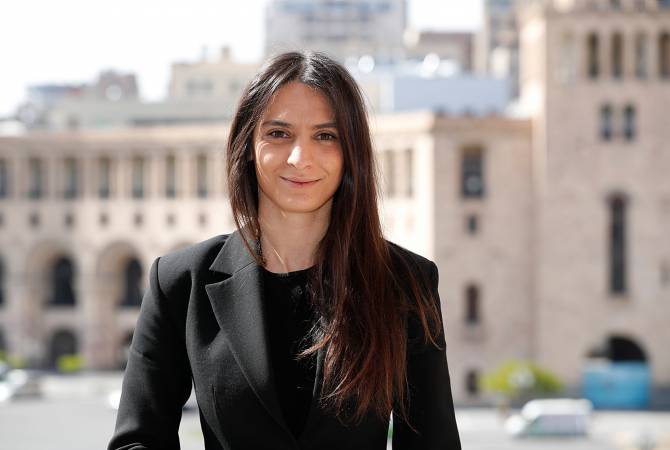 
YEREVAN, SEPTEMBER 20, ARMENPRESS.  Mane Gevorgyan, Spokesperson of Prime Minister of Armenia, commented on the announcement of Turkish president Recep Tayyip Erdoğan that Prime Minister Nikol Pashinyan made a proposal of meeting through Georgian Prime Minister Irakli Garibashvili. Speaking with ARMENPRESS, Mane Gorgyan noted that the Prime Minister spoke about his views on the start of talks with Turkey during a recent National Assembly-Cabinet Q&A session, saying that he believes high-level contacts should be preceded by working discussions.

Answer - In all his international contacts, Prime Minister Pashinyan presents to his colleagues the vision of opening an era of peaceful development for Armenia and the region, enshrined in the Government's program, and expresses the readiness of the Armenian Government to make efforts in that direction. The Prime Minister spoke about his vision for the start of talks with Turkey during a recent National Assembly-Cabinet Q&A session, saying that he believes that high-level contacts should be preceded by working discussions and presents this same vision to international partners. There have been no contacts between Armenian and Turkish officials so far, although the Armenian Government is ready for such contacts. In case of effective work of the officials, Armenia will be ready for high-level meetings as well.

Question - The Turkish President again spoke about the issue of opening a corridor through the territory of Armenia, saying that it is a political issue. How would you comment?

Answer - Prime Minister Pashinyan has repeatedly spoken about this. Armenia attaches importance to the accurate implementation of the agreements set out in the November 9 and January 11 statements. The opening of communications is extremely important for the establishment of lasting peace and stability in the region, overcoming the atmosphere of hostility in the region, and Armenia is determined to move in that direction and achieve results. In some statements, the topic of reopening communications is transformed and takes on the logic of maintaining regional isolation. The talk about the corridors is just like that and contradicts the logic of establishing peace and stability in the region, overcoming the atmosphere of hostility. It aims not only to keep the states and peoples of the region isolated, but also to make that isolation look irreversible. But there are also options for opening regional communications in a way that emphasize regional interconnectedness and can be a real way to overcome the hostility step by step. The Armenian Government advocates that second option which is described in paragraph 9 of the November 9 trilateral declaration and in the January 11 trilateral statement.

Question - Given the current situation, how realistic and adequate do you consider the agenda of opening an era of peaceful development for the region?

Answer - Unfortunately, incidents take place almost every day with the aim of delegitimizing the peace agenda, not only deepening the atmosphere of hostility but also making it more systematic. These and other steps are taken to demonstrate the impossibility of peace in our region, but the Armenian Government will consistently advance that agenda, using all opportunities and creating new opportunities to open an era of peace for our region. Prime Minister Pashinyan has repeatedly stated that we need strong nerves on this path and there are no quick and easy solutions.