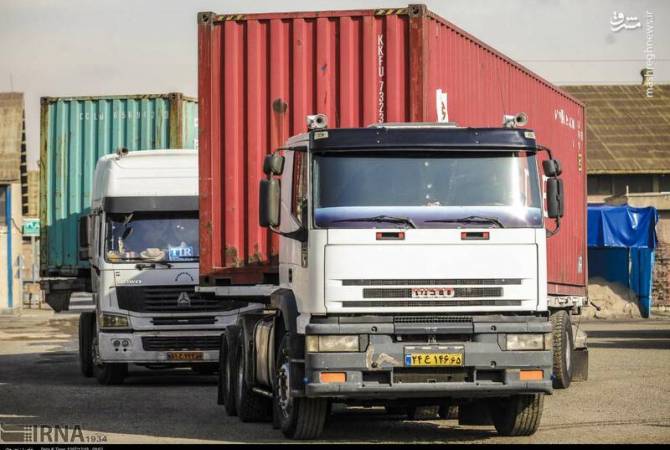 
YEREVAN, OCTOBER 13, ARMENPRESS. The information about releasing the Iranian drivers arrested by Azerbaijan on Goris-Kapan road does not correspond to the reality, ARMENPRESS reports the Azerbaijani media outlets inform that the statement issued by the State Customs Committee of Azerbaijan said.

The information about releasing the drivers had been spread by Iranian Mehr agency, adding that it happened after the phone conversation between the Iranian and Azerbaijani FMs.

On the Vorotan section of the Goris-Kapan highway, the masked and armed Azerbaijani servicemen stopped the drivers of the Iranian trucks, checked the documents and demanded money, substantiating that "they have to pay a tax to enter the territory of their country." They then arrested the Iranian drivers.

11:29, 05.19.2022
3069 views U.S. recognizes role of population of Nagorno-Karabakh in deciding its future–Ambassador Tracy’s interview to ARMENPRESS