No changes in positions at Paylasar section, PM Pashinyan reiterates 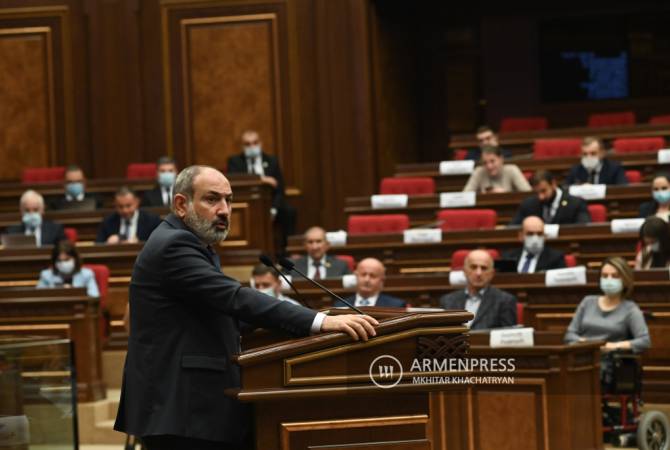 
YEREVAN, OCTOBER 27, ARMENPRESS. Prime Minister Nikol Pashinyan reiterated that there haven’t been changes in the positions of border guards in the Paylasar section and that Armenian border troops are on duty in the same positions where they’ve been deployed since December 2020.

“The National Security Service Border Troops Commander explained to lawmakers here yesterday that there haven’t been any positional changes and our border guard service is conducting service in the same positions as before,” Pashinyan said during a Q&A session in parliament when asked by MP Narek Ghahramanyan.

He said that the Armenian border guards are deployed in the given section since December 2020.

21:02, 12.01.2021
Viewed 1862 times Lavrov speaks about Russia's role in finding solutions to issues of dispute between Armenia and Azerbaijan