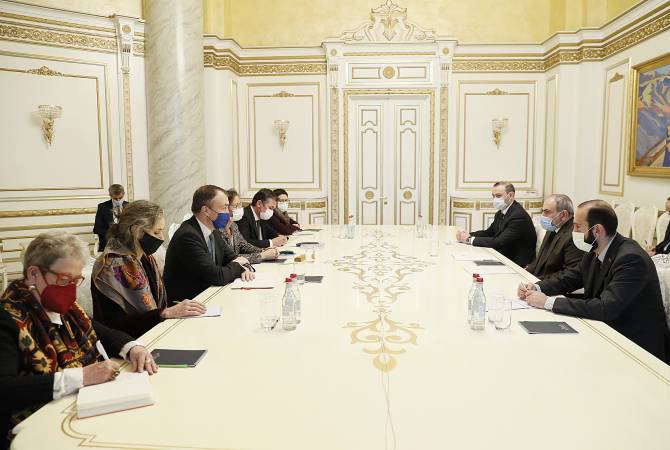 “The meeting addressed the situation in the South Caucasus region after the 44-day war, the steps aimed at de-escalating the situation at the Armenian-Azerbaijani border and ensuring stability. In particular, views were exchanged regarding the implementation of agreements and results of meetings held in mediation of the President of the Russian Federation in Sochi, as well as the President of the European Council and President of France in Brussels. The necessity for the full launch of the peace process under the auspices of the OSCE Minsk Group Co-Chairmanship and intensifying the activity of the Co-Chairs in the direction of a lasting resolution of the Nagorno Karabakh conflict was underscored,” the Armenian Prime Minister’s Office said in a statement.