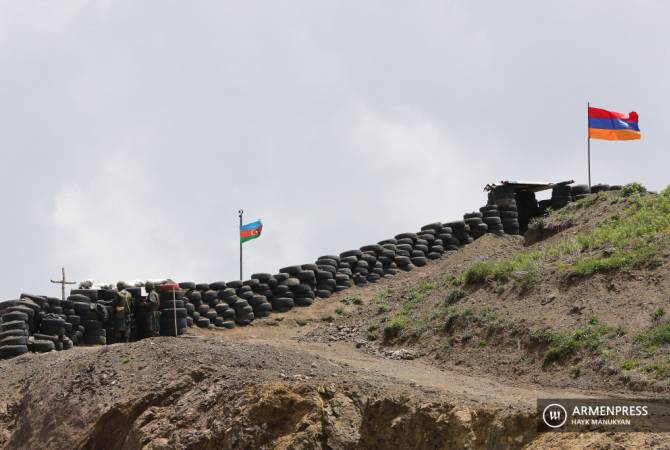 
YEREVAN, 24 JANUARY, ARMENPRESS. A peace treaty should be signed between Armenia and Azerbaijan, but the document must be finalized before it is signed, it is the result of negotiations, ARMENPRESS reports he said during an online press conference organized for the representatives of mass media and non-governmental organizations.

"We think that those talks should take place, Armenia is ready for that," Pashinyan said. He stressed that the whole purpose of the Nagorno-Karabakh peace process was to sign a peace treaty. "When we look at the documents of negotiation, the goal of the whole process is to sign a peace treaty. We also have it as a peace agenda; we must pursue the agenda of signing a peace treaty. But you have to negotiate before signing any contract. Armenia is ready to negotiate. After all, the discussion of all these issues is for solving those problems," he stated.

Answering the question whether official Yerevan intends to recognize the territorial integrity of Azerbaijan, whether it is possible to achieve peace in the region in case of aggressive rhetoric by Azerbaijan, Pashinyan said. "I would like to notice some nuances when perceiving the recent statements from Azerbaijan, which are not perceived in our reality, to distinguish the rational and emotional aspects in those statements. An analyst recently made a very strong observation during our discussion. He drew attention to the fact that statements are often made from Azerbaijan, which are a reflection of the statements made in Armenia after 1994. For example, when Azerbaijan announces that the Karabakh issue is resolved. That analyst drew my attention to the fact that for decades after 1994, statements were made from Armenia and Artsakh that the Karabakh issue had been resolved. There are often statements about Yerevan being an Azerbaijani city, etc. The analyst drew my attention to the fact that many statements have been made since 1994 that Baku is an Armenian city. In other words, there is a certain element of revenge in those statements, we must take it into account. That emotional state is not good for the process."

He stressed that one of the Madrid principles that has become the basis of negotiations is the principle of territorial integrity, which has been accepted by both sides.

Speaking about the agenda of opening an era of peaceful development for the region and Armenia, the Prime Minister said. "It's a strategic agenda for us. When we adopted and recorded it in the government's program, I have said many times that we understand that it does not depend only on us, but it is obvious that we will consistently follow that agenda. I want us to look at issues from a rational standpoint."