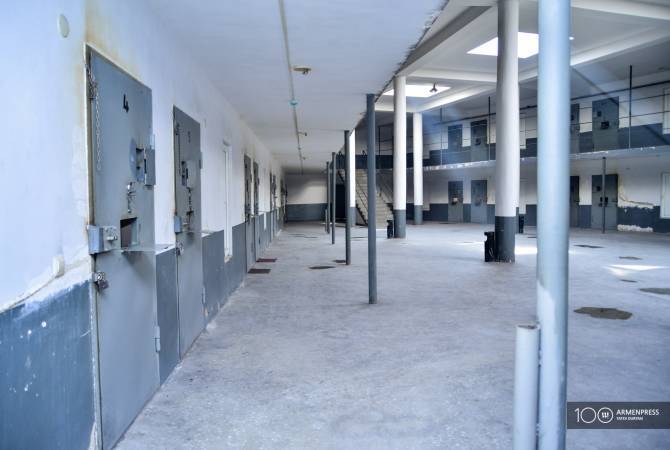 
YEREVAN, MAY 18, ARMENPRESS. The parliamentary committee on state-legal affairs approved the government-authored bill on changing the prison system to three-level security classifications instead of the current open, semi-open, semi-closed and closed and medical correctional facilities.

The new changes will introduce the minimum, medium and maximum security level systems of prisons.

Deputy Justice Minister Arpine Sargsyan said the new correctional code is aimed at having individualized planning for every convicted inmate.

“The entire code is built on the logic that every convicted inmate must have an individualized planning of serving the sentence,” she said.

For example, if a convicted inmate must serve a 5-year sentence, the department of prisons must have a preliminary planning on the kind of correctional work envisaged for the incarcerated individual in terms of what resources and potential must be involved for their reintegration into the society. “After all, the convicted individuals themselves must also have a clear understanding on the kind of work the correctional facility must undertake with them so that we don’t have risks of recidivism,” the deputy minister added.

Inmates will be housed in institutions with security classifications corresponding to the severity of the crime they are guilty in committing. For example, inmates serving life sentences will be housed in the maximum security prison. Over course of serving the sentence, the inmate will be evaluated by a special commission for the possibility of transferring to a lower security prison.

The law will also stipulate the guarantees for medical treatment of inmates.