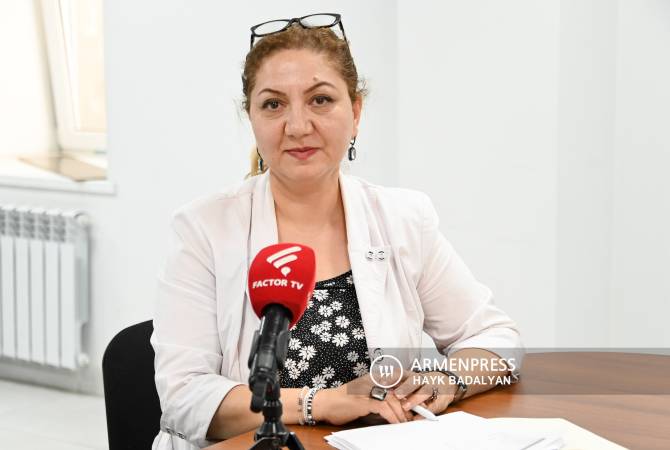 
YEREVAN, MAY 23, ARMENPRESS. As more cases of the rare monkeypox virus have been reported worldwide, Armenian health officials have ordered hospitals to be on high alert regarding patients who would display any symptoms characteristic to the disease.

As of the latest data, no suspected cases of the monkeypox virus were reported in Armenia.

Lusine Paronyan, the Head of the Department of Epidemiology of Zoonotic Diseases at the National Center for Disease Control and Prevention said at a press conference that scientists believe the monkeypox virus doesn’t have the potential to cause a pandemic.

The NCDC is working with hospitals across the country to rapidly discover any possible case.

Meanwhile, the NCDC is also working with the Food Safety Inspection Agency, who is carrying out monitoring at border crossing points to ban the import of exotic rodents and monkeys.

European and American health authorities have identified a number of monkeypox cases in recent days, mostly in young men. It’s a surprising outbreak of a disease that rarely appears outside Africa, according to AP.

Health officials around the world are keeping watch for more cases because, for the first time, the disease appears to be spreading among people who didn’t travel to Africa.

The incubation period (interval from infection to onset of symptoms) of monkeypox is usually from 6 to 13 days but can range from 5 to 21 days. Monkeypox is usually a self-limited disease with the symptoms lasting from 2 to 4 weeks. Severe cases occur more commonly among children and are related to the extent of virus exposure, patient health status and nature of complications

Monkeypox is a viral zoonosis (a virus transmitted to humans from animals) with symptoms very similar to those seen in the past in smallpox patients, although it is clinically less severe, according to WHO.