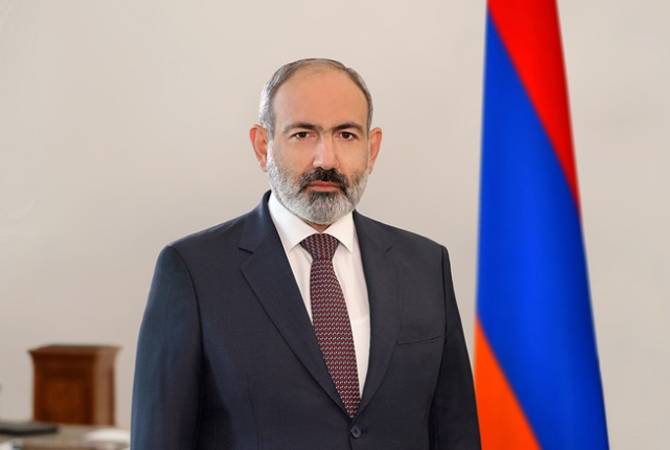 
YEREVAN, MAY 28, ARMENPRESS. Prime Minister of Armenia Nikol Pashinyan issued a congratulatory message on the occasion of the Republic Day. As ARMENPRESS was informed from the Office of the Prime Minister, the message runs as follows,

“Dear compatriots, dear people. I congratulate all of us on the occasion of the Republic Day.

Today we mark one of the most important events in our history – the day of founding of the First Republic. Why is this day so important to us? For three reasons. First, because we obtained a statehood after a pause of more than 500 years. The second reason is that for the first time we had a Republic, that is, a state order, where power is formed as a result of the people's choice. The third reason is that we were able to create the Republic, the state, which is the highest institution of organization of any nation, at a moment of despair, when the deadly wheel of the Armenian Genocide continued to spin.

The First Republic of Armenia was proclaimed on May 28, 1918 after the heroic battles of Sardarapat, Bash-Aparan, Gharakilisa. It was the period when it seemed to be the end, that it was impossible to not only have a statehood, but also to preserve our identity, language and culture.

However, our people were able to act as one fist at a crucial moment, building the First Republic by uniting forces, consolidation. The role of Aram Manukyan, Tovmas Nazarbekyan, Movses Silikyan, Dro, Nzhdeh, Daniel and Poghos Bek Pirumyans, the commander of the Yazidi cavalry division Jhangir Agha, the clergymen with weapons in hands is undeniable.

The sacred independence gained through the efforts of these great men and thousands of other compatriots was lost in just two and a half years. This was preceded by war, tragic territorial and human losses. This happened because for two years the First Republic of Armenia failed, did not manage to achieve political, international, regional institutional resilience, to establish peace around itself.

Today, our country faces similar challenges and we need exceptional flexibility of mind, iron will and faith as a small as a mustard seed to overcome those challenges. The founding fathers of the First Republic did not even have time to make the newborn state resilient to global challenges. We have sadly wasted a lot of time during the Third Republic.

But the heroes of Sardarapat, the founding fathers of the First Republic, inspire us continuously. And the state, independence, sovereignty are another inseparable part of our national self-consciousness. The state, the statehood must become the subject of our daily work, adoration, respect, peace must become the environment in the conditions of which we must pass on the statehood received from the founding fathers of the First Republic to our generations for centuries.