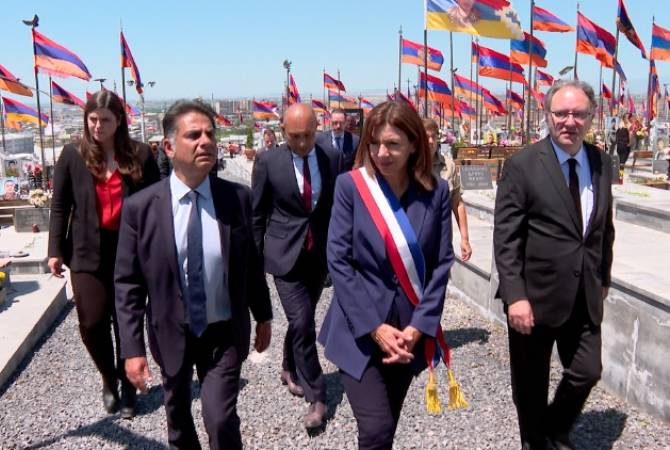 
YEREVAN, MAY 28 ARMENPRESS. The Mayor of Paris Anne Hidalgo paid tribute to the memory of the victims of the Armenian Genocide and the 44th day war.

Afterwards, the mayor of Paris visited "Yerablur" military pantheon. Anne Hidalgo laid flowers at the graves of students of the French University in Armenia killed in the 44-day war and talked with their parents.