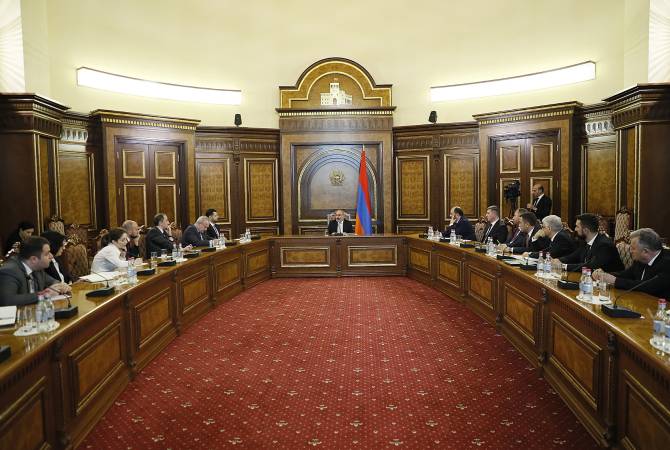 
YEREVAN, JUNE 9, ARMENPRESS. Prime Minister Nikol Pashinyan chaired a consultation at the Government, during which issues related to the development of the higher educational system and the formation of the academic environment were discussed, ARMENPRESS was informed from the Office of the Prime Minister.

Prime Minister Pashinyan noted that the development of higher education is of strategic importance for the Government, emphasizing the need for higher educational institutions to meet international standards and ensure high-quality education.

During the meeting, a number of issues related to the solution of the existing problems in the sphere, the modernization of the universities, the possibilities of establishing an academic city were touched upon. Various observations and suggestions were presented by the heads of the concerned departments.

The study of international experience and cooperation with professional circles abroad were highlighted.

Prime Minister Pashinyan noted that it is necessary to have a clear vision of the development of the higher educational system, and instructed the officials in charge to develop a relevant concept and a roadmap for the implementation of measures, which will also include the program of establishing an academic city.