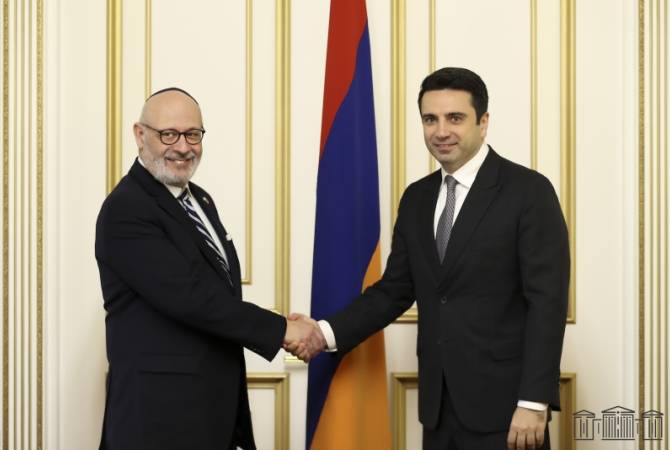 During the meeting the sides highlighted the activity of parliamentary friendship groups in the context of inter-parliamentary ties.

Both sides stated that the historical-cultural ties existing between the Armenian and Israeli peoples and the similarity of fates are important preconditions for creating a favorable environment for cooperation.

Ideas were exchanged also on establishing lasting stability in the region.